Dead Rat Pizza was founded in 2019. It’s an obnoxious podcast with no real focus. We talk about whatever we want, and we’re usually drunk. Topics include life, anime, video games, and dick jokes.

Dead Rat Pizza is intended for a mature audience. Listener discretion is advised.

Diana joins me as we navigate the controversy brewing on Witch Tok Tok. We also talk a look at the term sadboi. Big Milk is coming to cancel me after this episode.

16: What a Terrible Weapon!

I'm pretty sure me and Ryan recorded this a month ago. Eh. At least I finally edited it. I think we talked about Final Fantasy and a bunch of other video game stuff. Pumpkins and corn also feature prominently in the middle somewhere.

What do you think about camping? Is it as good as Final Fantasy 7? Those things are probably related. Does anyone remember Billy Hatcher or is it just me? The episode is a few weeks old. My bad.

14B: Pressing Down on the Shampoo Pump!

14A: King of the Trailer Park!

This week I'm joined by Ryan and Em! We talk about Wrestlemania and how to grow your dick with magic fruit. We also look at weird art and tiny apartments. Sorry in advanced to anyone that hates wrestling. There's a lot of it in here.

Pour yourself a tall glass of whiskey because it's time to talk about anime. Sorry about that. There's an extended Grapple Baki bit in the middle. I educate Ryan on unions and striking. Don't you worry, though, there's still plenty of nonsense. I also watched a show about Jesus called The Chosen. It was pretty dope, but the creator would probably be embarrassed that it came up on a podcast about dick jokes.

13A: Twerking from Home!

DRP 12B: Straight to TikTok!

Time means nothing so I'm posting two episodes this week. Deal with it, slackers! Ryan is back and harder than ever. I've been watching too much junk getting smashed on Snapchat. I introduce Ryan to Loveline. Parking in New York is stupid and so are you! Does anyone actually know how to do taxes. I sure miss bars. Didn't stop me from getting hammered and teaching Ryan about making podcast promos, though.

It's Ryan's Dead Rat Pizza debut. That means we accidentally did a two hour podcast about video games. Did anyone else play the Final Fantasy VII Remake demo? I have a very lazy way of playing video games. The number of games I haven't beaten due to glitches and giving up is high. If you ever wanted to know what we think about every Legend of Zelda game, this is the podcast for you! This is also the fastest I've ever released an episode. Wow!

DRP 11B: Procuring the Dipping Sauce by Any Means Necessary!

This episode opens up hard with butt stuff right out the gate. What is wrong with us? Some lunatic glued MAGA hats on some pigeons. The birds and homeless people in Minneapolis are out of control. In general, don't trust birds. Some lady threatened to rob a McDonald's over $2 in sauce charges. Also, some nutball fucked a stuffed animal in a Target. Cheers! 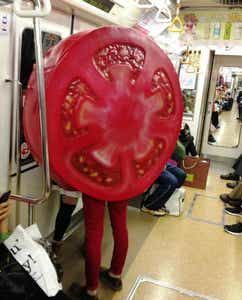 Hot damn! We're back. For now. This was recorded in my friend Paul's dining room in Minneapolis, MN. Whoa! Tony Large Bears joins me for this block of episodes. Remember that guy? We talk about how I'm a shill for Apple products. Taco John's isn't doing it for me anymore. Taco Bell is the new king, but it makes Tony throw up. Tomatoes are Satan's apples, so don't eat them until your smush them first. Tony taught his kids when it's okay to swear. I'm probably going to die in a Target bathroom. Should we sell kids blood on the dark web? Probably. I also misspoke about a few bits. I said that New York didn't have a plastic bag ban. That's false. At the time of recording, it was true, but I'm also a moron and didn't know that it was going to happen. We also didn't do any research on the menthol ban in MN and got our facts wrong. Some people think it's a racist law, others think that's its anti-racist. Here's an interesting article that discusses the issue better than I ever could.

DRP 10B: That Time Dope Accidentally Put a Venue out of Business!

It took damn near a year to do it, but we made it to episode ten! Diana and Tucker join me on this most dangerous podcast. We talk about the threat that is mayo, eagles painting cows to look like zebras, and Chris "The Angry Bagel Guy" Morgan's standup. We also tried some mediocre hot sauce.

I'm back with Tucker again, and this time I've had too many beers. Join us as I play an overabundance of clips and steal jokes from other podcasts.

DRP 9A: This Isn't My First Time Dipping Bread!

Back again with more nonsense for your ear holes! This time I'm joined by Tucker of the Big Dumb Dummies. We mostly talk about wet bread and butt plugs. Enjoy the show.

DRP 8B: The Champagne Room!

In this episode, Diana tells a story about Bagel Boss that you will not believe. We also ask some of the harder hitting questions like how to improve your dick pic game. Are you a fuck boy? Maybe. Find out in this exciting episode of Dead Rat Pizza!

DRP 8A: Take Her to the Music Store!

The month long hiatuses are probably getting old. My bad. Diana is back after spending three months fighting sharks at the bottom of the sea. The opening of this show is really nerdy. If you hate anime, you'll want to skip 30-minutes ahead. I almost exclusively talk about Otakon. The rest of the show is the usual nonsense. We talk about 1-800-VICTIM2, really terrible underground Minneapolis rappers, and movies about cannibals. Enjoy the show, kids!

DRP 7B: Excuse Me Ma’am Your Pussy is Showing!

No one asked for more of this, but here it is. What Did We Talk About? Ballin’ Out Super promo. Let’s Talk About Bleach. Anime Pulse. The Witcher on Netflix. Pauly Provolone and Tony Lasagna . my_husband_jesus_christ_lives6. Jesus Aguilera. Clogged toilet. How I was almost sold for parts. Daddy Dada is saving women. Bodega electrician. Creeps be creeping. The Return of the Blowmaster 5000. The Lifestyles of Joel and Max. All night skates.

Sorry for ghosting you for over a month. Here's the first of three episodes I recorded with Noel over the weekend. What Did We Talk About? Shaqs anime shack.Usher and the Progression of the Teenage Fuck Boy.Belle Delphines bath water.Harmony Gold renews Robotech.Good ol' fashion Midwestern racism.Why can’t I lean left and be an asshole?White Power Milk.Really offensive homework projects.Donald Trump invented Twitter.Weed pens.Avocados.

Fuck me, I'm solo this time. Join me as I drunkenly sift through scammy advertisements for pick up artist tutorials. This episode is so bad I pass out for two minutes at one point.

DRP 5B: Thousands of Men Jerking Off in a Field!

DRP 5A: The Naked Man is Going to Get Me!

Diana is back for what will likely be her penultimate appearance on the show. This one is mostly about old TV shows we watched in high school. What Did We Talk About? Does anyone remember Critter GittersThe Mr. Potato Head Show was wildSecret TV timeThe monsters are going to get youScary naked dick man with a knifeThe Dark Backward2getherUndressedBearforce 1

Noel joins me for part two of this shenanigans power hour. What Did We Talk About? Bartender by T-Pain.Mick Foley’s daughter does cosplay.The Attitude Era of WWF.Sleepovers used to be cool.Trampolines were dope, too.John McAfee fucks with guns.Be careful of those emo kids.Furries be yiffing.The Mia Khalifa song.Belle Delphine is out of her mind.

DRR 1: This is Probably a Mistake!

It's Dead Rat Radio. This is something I've been wanting to do for the last few weeks. It's exactly what the name implies. I play a bunch of music. Most of it can be found on Spotify. A few songs are from my personal collection.

This episode is late because I decided that drinking was more important than editing. I didn't listen to this one all the way through because Diana decided to Marie Kondo me last week and I'm not in the mood to listen to her talk for an hour. Pretty sure this episode is about meat and Fall Out Boy.

More dining room podcasts with Tony Large Bears!   What Did We Talk About?   Car troubles. How Killer Queen gave me a daddy complex. Weird Instagram model descriptions. Dom-in-Training. Tinder is a wasteland. Me thinks the lady doth protests too much. Cosplay shenanigans. People be hacking our butt plugs. Sex robot uprising. Taco Bell and chill. Egg drop soup. The order of operations in the bathroom. Dicks out for computer repair. It's hard to get a UTI when you have a big ween.

2A: I Don't Wanna Do Knife Bumps Right Now!

God damn! This next batch of episodes features a very special guest: Tony Large Bears. I also recorded this episode in my friends dining room, so there's that.   What Did We Talk About?   Getting onto iTunes is hard. KVSC Trivia Weekend. Spilling bourbon on my MacBook. The MN gas crisis. The Whiskey, Burger King, Taco Bell Diet. Tony loves throwing up at airports. The best airport to puke in. Knife cocaine is one hell of a drug. That time I almost got caught self-completing by a home invader. Drunk people going into the wrong house. How I accidentally didn't hook up with a sorority girl. Tin Cup, the grab-and-go bourbon. Ham's Sandwich Shop. Mystery door food in Manhattan. The Seafood Lady of Bed-Stuy. Cheap cigarettes. The airport bar hustle.

Holy shit it's the first episode of Dead Rat Pizza. I was going to post this on Monday, but Twitter told me it was National Pizza Day. I'm joined on this inaugural episode by licensed comedy boy, Noel.   Part two will be out February 25, 2019.   What Did We Talk About?   Drunk Twitter shenanigans. Seamless needs an important update. Loveline is to blame for this stupid podcast. Uncomfortable Uber rides. The Super Bowl happened. Is Liam Neeson racist? My crazy bed. Praise Bobrick.