A man who needs no introduction, but still absolutely deserves one, Gerry McAvoy is one of the most grooving, pocket, and chops-having bass players of all time. For over 20 years, from 1970 until 1991, Gerry played with who is my favorite guitarist of all time, Rory Gallagher. For those who are listening and don't know, Rory Gallagher is a national hero in Ireland. He was a blues, rock, folk, and psychedelic guitarist and songwriter who is still heralded in Ireland with countless statues, exhibits, and museums erected in his honor. Go into most any bar in Dublin or County Cork, Rory's hometown, and you'll hear tribute bands paying homage to his legacy to this day. There need be little more said than the words of none other than rock and guitar icon Jimi Hendrix when it comes to Rory Gallagher. When asked, "What's it like to be the greatest guitarist in the world?" Jimi replied in 1970, "I don't know, go ask Rory Gallagher." Sadly, Rory passed very early in life, at the age of 47, in 1995, due to complications resulting between medication prescribed for flying phobia and pain in conjunction with alcohol consumption. I still remember watching concert performances of the Rory Gallagher band on VHS with my father when I was 8 or 9 years old all the way up until 2009, when I joined the Army at age 18. A member of the band who always stood out to me with incredible presence, mastery of his instrument, and fun was the bass player, Gerry McAvoy. After joining the Army, it was mostly on Youtube where I would find footage of Gerry playing with Rory, but his career was actually continuing at that time with a group called Nine Below Zero. Today, Gerry plays with Band of Friends, a tribute to Rory Gallagher, along with Brendan O'Neill, drummer for the Rory Gallagher band from 1981 until 1991, along with Paul Rose, guitar, and Stephan Graf, guitar and vocals. Sadly, Rory never reached commercial success in America, one of the many topics Gerry and I discussed in our time together for this final episode of the first season of Unlocking the Keys. Regardless, Gerry is keeping his own and Rory's legacy alive day after day. Gerry is an absolute force to reckon with in his own right, as a bass player, an arranger, and as an absolute groover. 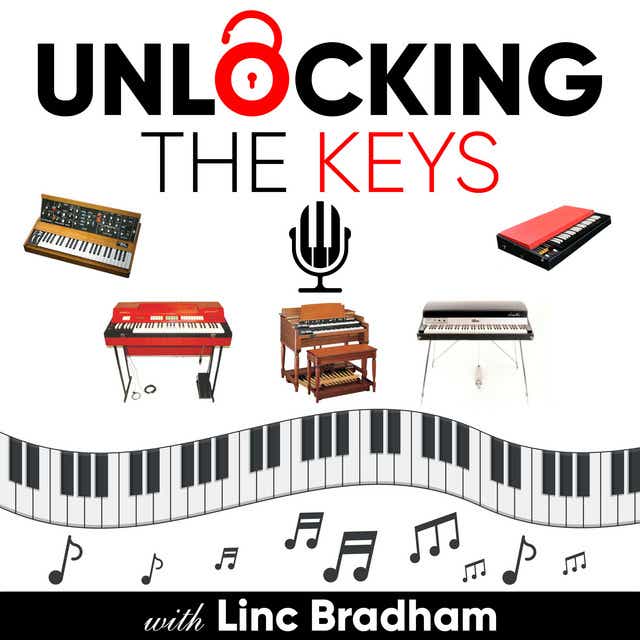