Episode 003: Ret. USMC Col. Drew Smith: Routines, Discipline and Preparedness and why they are so important

Andrew 'Drew' Smith is a Ret. USMC (United States Marine Corps) Colonel. Some of you maybe thinking what does a retired Marine Corps Colonel have to do with the game of golf and it's funny because Colonel Smith (Ret.) asked me the same thing. If I can back up a bit, we met through a mutual friend, Andy Hinson who is the Director of Golf at The Legends at Paris Island. Andy thought Colonel Smith would be a great guest on the show and I agreed 100%. Colonel Smith initially agreed to be on the show but and then had some hesitation. It was only hesitation because he wanted to ensure he was providing value in whatever it is he's doing. He told me 'I'm not sure I understand how a Marine and golf podcast tie in together? I'm really not sure I'm the best person to do this.' I asked him to join me for lunch and during the course of the conversation I aked if he was a golfer and he said 'Yes'. I asked him a second question, "When playing do you have the discipline to stick to your routine?' he replied "I have one but i'm not disciplined as much as I should be in sticking to it.” I had one last question which was, 'What organization around the world is known for their discipline and their ability to maintain routines?' He got a big smile on his face and he said, "You're right, I'm in."

For those that maybe unfamiliar with somethings in the military, the Marine Corps is known to be one of the most disciplined branches of the military and sticking to their routine without fail. For anyone that plays golf you know that is one of the most important things you are supposed to do. 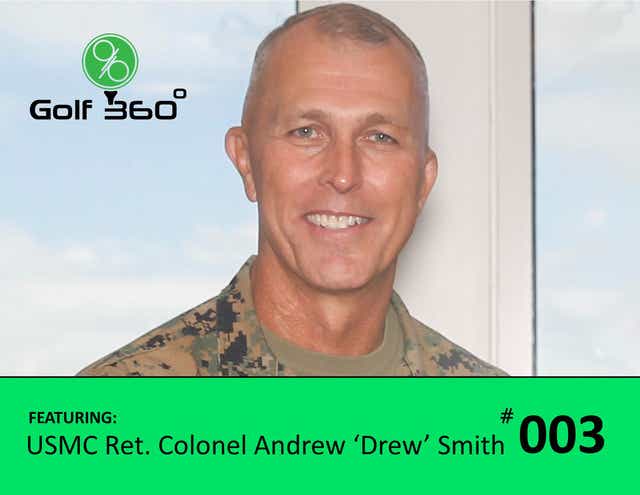