After watching the film Inspired to Ride years ago, French-Canadian ultra bikepacker, Louis-Eric Simard, took on the famous Trans Am Bike Race Bike Race, crossing 10 States in the USA, coast-to-coast, self-supported. If that wasn't enough, Louis-Eric is now on to his next big adventures organizing his very own ultra bikepacking events, the Race Around Cuba and the TransCanada Bike Race, which crosses Canada from West to East over 12,500 km (7,767 mi) and climbing 319,000 ft or the equivalent of Mt. Everest 11 times!

Louis-Eric is a successful entrepreneur and technologist, running his own software company and also creating his own bicycling products. And most interestingly one of his favorite ride snacks is crickets! Don't miss this fun and inspiring episode! Let’s roll! 🚲💨 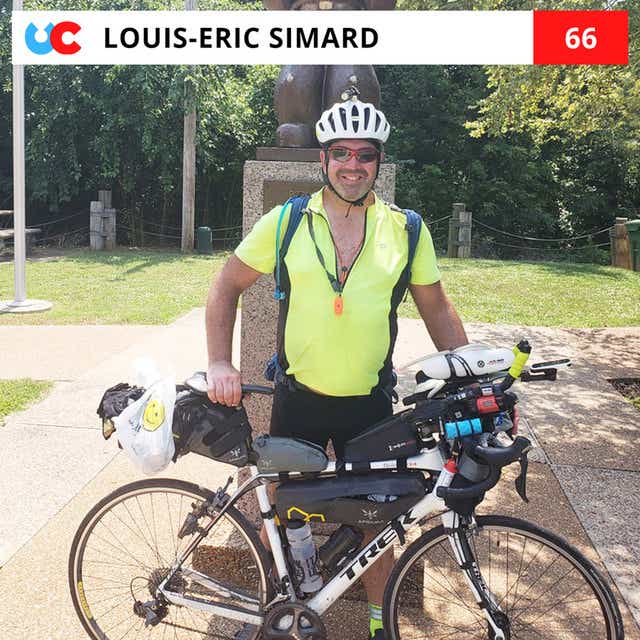