The Future is Spoken

The Future is Spoken presents Hans van Dam as this week’s guest. Hans is the co-founder and CEO of the Conversation Design Institute, Amsterdam. It trains and certifies conversation designers from around the world. In this episode, Hans discusses the importance of writing for listenability.For Hans, writing for listenability means designing everything for voice-first, even if the writing may only be applied to a chatbot. Hans notes that if designers can find a way to write for voice—the most complicated interface—then they can write for anything.Although Hans started out his career as a copywriter, he shifted his focus to conversation design when chatbots came out. His company was contacted by Google, which was seeking training for its conversation designers to improve the adoption of Google Assistant. “They all said the same thing: This is so new and so different from anything that’s out there, you’re never going to be able to teach anyone this.”Today, the Conversation Design Institute is thriving, and the need for training is on the rise. The institute recognizes and provides certification for three different roles: AI trainers, conversational designers, and conversational copywriters. The fundamental techniques to follow for structuring a message in voice involve acknowledging the user’s request (saying “sure” or got it,” etc.),

confirming the request through repetition, and ending with a simple prompt to indicate that it’s the user’s turn to perform an action. Hans explains that both user and bot needs must be mapped out when designing conversations. While a bot will require a list of rules and tasks to provide information, users also have emotional needs to consider. Companies will often prioritize a bot’s needs, but empathetic exchanges are ultimately what keep humans engaged and motivated in a conversation. This imbalance in meeting needs is often a reflection of the team behind the product. Hans uses the example of a company with ten engineers but only one writer to illustrate what that imbalance may look like. The Conversation Design Institute works to correct this problem by giving everyone “a fair seat at the table.”“The psychology of language and the technology always work together. And a lot of companies fail on their projects because they don’t understand that balance,” Hans posits.Psychological techniques can be applied to everything from delivering bad news to promoting a desired action. Hans gives the example of a voice assistant discussing shoes that a user is interested in purchasing. In addition to stating hard facts about the shoes, such as the price, the voice assistant may mention that these shoes are popular with a lot of park-goers in the city. Mentioning popularity implies that there is “social proof” of desirability attached to the shoes.To promote a certain behaviour, designers also need to build dialogues that consider a user’s ability and motivation to perform an action. If both of these factors can be increased through the help of a voice assistant, then the last step is the prompt—the part of the conversation that triggers a desired action. Better, or easier prompts, tend to result in better outcomes. Hans envisions a multi-modal future, where voice will be a significant part of AI interfaces. Although conversation data control (or privacy concerns) are hurdles that could slow progress, Hans believes that conversation design will continue to grow as a field. “Just like you cannot imagine a company without engineers today, you will not be able to imagine a company without conversation designers five years from now.”Find Hans on LinkedInhttps://conversationdesigninstitute.com 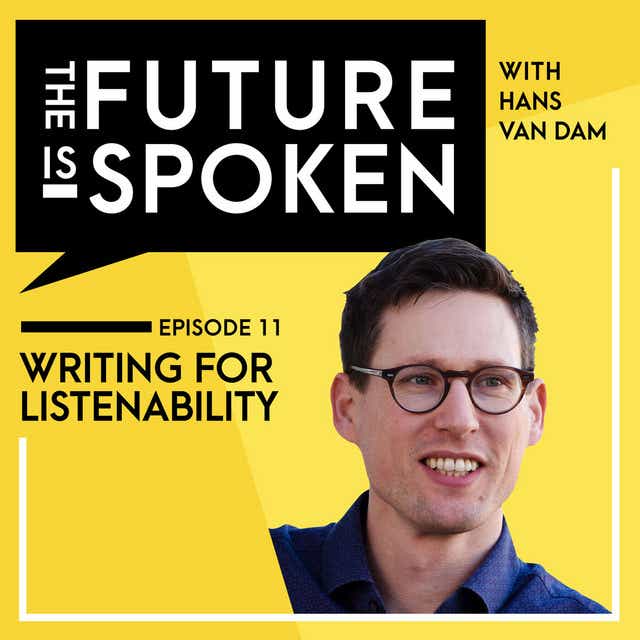