Justine Bloome // The high-flying all rounder on being a business founder, corporate executive and side hustler

For this episode, we're joined by another intrapreneur but one who also has her own side hustle and can speak to both sides of the yay-type fence. Justine Bloome is an absolute powerhouse and fellow Aussie but now lives in the big apple (as you may hear every now and then in her slightly New York accent) doing incredible things in the world of digital marketing and tech.She has an incredible CV to her name and is currently right hand woman to Gary Vaynerchuk aka Gary Vee and the first Chief Strategy Officer of VaynerMedia since 2017 (aka dream job). I’m assuming you’ve heard of Gary Vee but if not, he’s an investor in Facebook, Snapchat, Venmo and Uber and CEO of Vayner Media and VaynerX – just come out from the rock you’ve been living under and google him. Prior to that, Justine served as executive vice president, head of strategy innovation at #1 Global Media Network, Carat, from December of 2014. Before her move to the Big Apple, she was a senior brand strategist consultant for The Brand Institute of Australia, head of client strategy for the Victoria region for Nine Entertainment and business strategist at Jack Morton Worldwide, as well as founding and serving as CEO of The Village Agency, “a network of independently successful marketing and communications experts.”If that weren’t enough, Justine is also the founder, author and publisher of the Mindful Series, and a transformation coach, empowering mindful professionals and wellbeing brands to thrive. Across two decades as a strategist inside frenetic media, advertising and agency environments in Australia, London and New York, she developed her approach to mindfulness and reflection as a means to unlocking her best potential and self. She’s a sought after speaker delivering TED Talks, speaking at Walt Disney’s Media Summit and many more.+ Full show notes here+ Announcements on Insta at @spoonful_of_sarah+ Subscribe to not miss out on the next instalment of YAY! 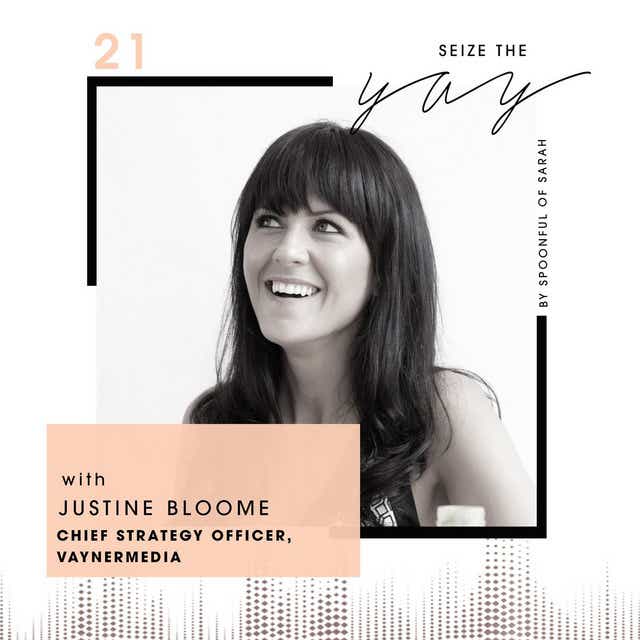