Bringing Perspective and Conviction to Data with Elizabeth Cholawsky, the Chief Executive Officer of HG Insights

In our universe, there are 200 billion trillion stars. That number is unfathomable to the human brain. The 200 part is something for the mind to try to hold onto, but a billion trillion… no way… we can’t do it. For atoms in the observable universe, the number is somewhere in the range of ten quadrillion vigintillion to one-hundred thousand quadrillion vigintillion atoms. That’s inconceivable (not to mention super hard to say).There’s a lot of information in our own universe; let alone other universes. We can call all of this data, and at this point, we’re all aware of the potential value of data. But data without perspective is totally useless. HG Insights has always been keenly aware of this truth. Realizing the value of HG Insights’ in offering a unique perspective on troves of data, Elizabeth Cholawsky joined the company and fearlessly took it on a different path. But what made Cholawsky stick to her guns and how did she hone her convictions to transition the company toward providing technical intelligence and solutions for the big brain problems? Find out on this episode of Business X factors.Main takeaways: Stick to Your Conviction: Business leaders often run into opposition when they want to take the company or a business into a new direction. But sticking to your convictions and honing them throughout your career could lead to surprising results. When Walt Disney planned a full-length animated feature after two successful cartoon series, it was called “Disney Folly” with many detractors believing it would destroy the studio. He pushed forward, running out of money, but ended up taking home an Oscar for Snow White and the Seven Dwarfs and a whole new segment of the movie industry was created.Get Fired at Least Once: When you walk out with a measly box of goods you accumulated in the office or worse that has been handed to you at reception because you weren’t allowed back in the office building; it can be hard to get over the feelings of rejection and shame. But staying In jobs that you may be unsuited for or where you have a toxic manager and live in fear of being fired is not good for anybody. Leaving or being fired may open new horizons and most importantly you will get stronger with every transition — getting fired could be an inoculation against fear. Getting terminated because you stuck to your convictions or values could be empowering even if it does not feel like that at that moment.A Big Brain Approach to Problem-Solving. For many companies finding a solution to problems means honing in on a narrow set of data or information. In their book, Bulletproof Problem Solving: the One Skill that Changes Everything, Rob McLean and Charles Conn advocate a wider and more comprehensive approach to problem solving. They use the example of obesity, where it has been hard to find the right intervention. In their research, they did not merely look at calorie intake, income, and education, but also wider to something that nobody was talking about, and that was walkability. They spotted that calorific use in Japan was lower because of the structure of their cities – walking to the train station and to the office, which introduced a new set of data that nobody thought about and a major opportunity for cities to rethink their design.---Business X factors is produced by Mission.org and brought to you by Hyland. For over a decade, Hyland has been named a Leader in the Gartner Magic Quadrant for Content Services Platforms, leading the way to help people get the information they need when and where they need it. More than half of 2019 Fortune 100 companies rely on Hyland to help them create more meaningful connections with the people they serve. When your focus is on the people you serve, Hyland stands behind you. Hyland is your X factor for better performance. Go to Hyland.com/insights to learn more. 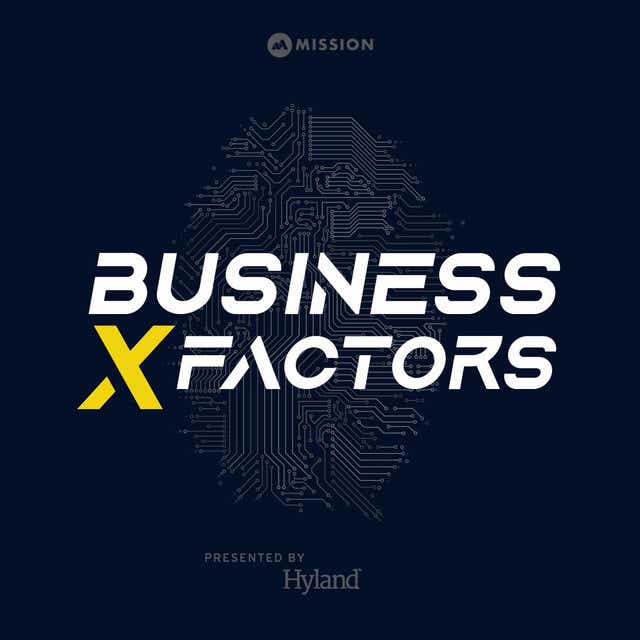