Inside the Rope with David Clark

In this episode, Michael joins David to discuss his career and path into investing for purpose. They discuss Michael's involvement in several investments, including ABC Learning Centres (Now Goodstart Early Learning) that went into liquidation in 2008; as well as the social impacts that were derived from these investments. 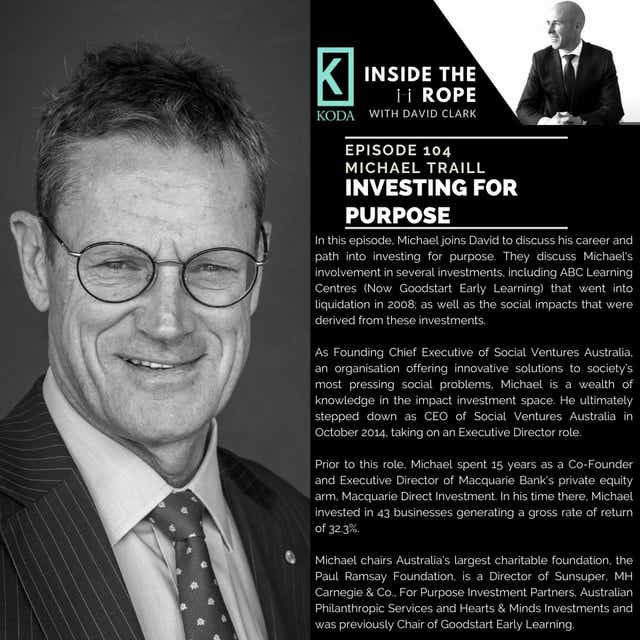