55 Voices for Democracy – The Podcast

The German-Austrian novelist and playwright Daniel Kehlmann talks with host Tom Zoellner and co-host Aida Baghernejad about the reasons for the rise of populist politicians and "literature as the ultimate school of empathy." What perspective do contemporary German literary authors have on the rise of populism around the world? His book Measuring the World (2006) is one of the world's best-selling German-language books of the 21st century. Tyll, the latest novel of Kehlmann, who currently lives in New York City and Berlin, was published in the U.S. this year, three years after it became a bestseller in Germany. 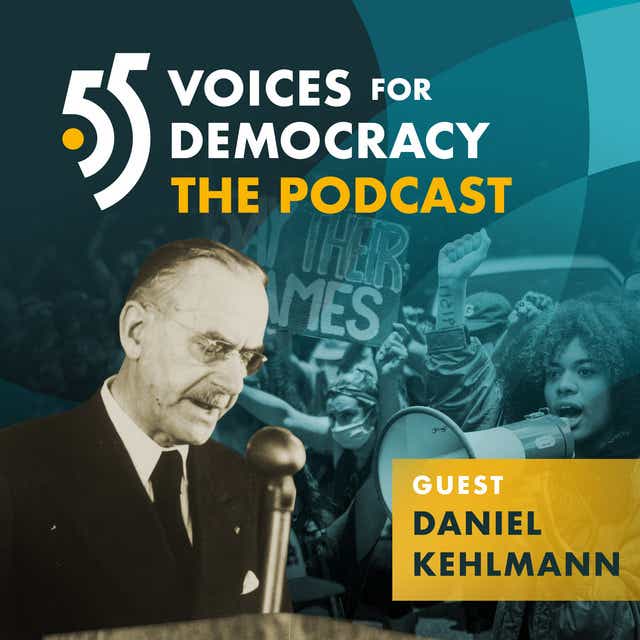