The way economic policy is implemented has undergone some major changes in the past decade. The Federal Reserve's response to the Great Financial Crisis, and the continued quantitative easing in its aftermath, marked a significant change in the way the central bank implements monetary policy. And the fiscal policy response to the current crisis also marked a significant departure from how things have been done in the past.

In this episode we are joined by one of our favorite economic thinkers, Cullen Roche, to help us make sense of all of this. Cullen is an expert on Federal Reserve policy and one of the few people who predicted that the outcome of quantitative easing would not be the significant inflation that many thought it would. We discuss a variety of topics including why quantitative easing hasn't caused inflation, the implications of the recent massive government stimulus, Modern Monetary Theory, and the role inflation plays in the value/growth dynamic. 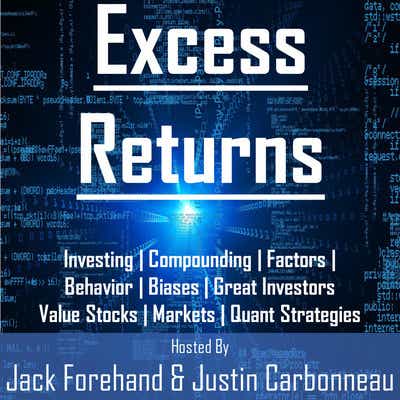