Nerds From the Crypt

We are back with another set of creator interviews. First, we speak Kevin Garcia and Emmanuel Valtierra about their ongoing Kickstarter campaign for "Teoatl". You can follow the Kickstarter page by following the link: http://kck.st/2ZzaU5r.

"The story of "Teoatl" is the story of Mexico. The people popularly known as Aztecs called themselves Mexica, and while the story of their fall has been told and retold at least 400 times, the story of their rise - the founding of the great city of Tenochtitlan - is one more people need to know. Schoolchildren might learn about the Aztecs leaving on a journey guided by the war god Huichtilopochtli, ending when they find an eagle holding a snake on a cactus growing from a stone - but a lot happened in leading up to that iconic moment. 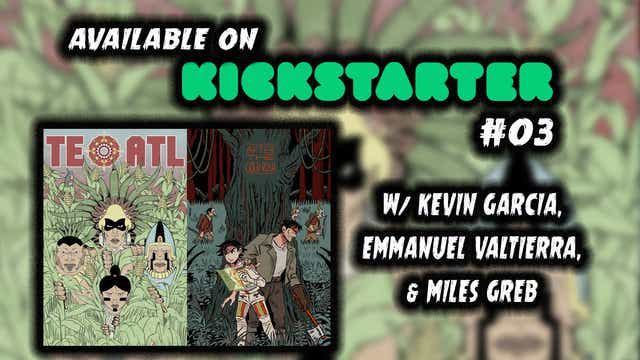