The lady who changed my life, this is a special one.Recently named ‘North America’s Educator of the Year’, Candy Shaw is a hairdresser, salon owner,manufacturer and female entrepreneur. Nicknamed ‘The Balay Lama’, Candy literally grew up in the beauty business as the daughter of world-champion competition hairdresser Jamison Shaw and professional make-up artist Sara Shaw. As a young girl, Candy grew up around her parents’ house guests such as Vidal Sassoon, Paul Mitchell, and AVEDA founder Horst Rechelbacher. Candy owns and operates Jamison Shaw Hairdressers in Atlanta, a 50-chair salon where she personally sees up to 25guests each day utilising the power of her paintbrush and French scissors. Candy founded both ‘TheAcademy at Jamison Shaw’, an advanced hair painting and French cutting Academy, and her newest venture, Sunlights Balayage, the world’s foremost balayage brand.A fixture at shows and seminars around the world, Candy’s done hair for the Grammys, the AmericanCountry Music Awards, the Cannes Film Festival, Mercedes-Benz Fashion Week, a Playboy MansionSoiree, and two Super Bowls. She’s headlined shows in Australia, South Africa, England, Italy, Japan,and Scandinavia as well as New York, LA, and Chicago.Candy has served on the Board of Directors of Intercoiffure America-Canada, the world’s most prestigious international salon organisation, and Beauty Changes Lives, an organisation that empowers present and future hairdressers with scholarships, mentorships, and inspiration. She is a recipient of Intercoiffure’s ‘Award of Excellence’, ‘President’s Award’, and has twice been named ‘Personality of the Year’ in ceremonies in Paris. She’s also the recipient of awards like ‘Maverick of the Year’, ‘Female Entrepreneur of the Year’, ‘Woman of the Year’, and ‘Small Business Person of the Year’. Candy is a member of PBA.American Salon calls Candy one of the “most powerful and influential women in the professional beauty industry” and Modern Salon describes her as “‘the face of our industry’ – highlighting all that is good about the salon community.” Referred to as “the world’s fastest growing, most recognisable hair colour brand,” thanks to its bright and shiny yellow disposition, Sunlights is available in a dozen countries.Candy’s celebrity clientele includes country music stars Carrie Underwood, Miranda Lambert, KennyRogers, and The Rascal Flatts. Her salon’s been the official salon of the Atlanta Falcons Cheerleaders for decades. She is married to Fred Codner; together they have three children.Support this podcast at — https://redcircle.com/the-successful-stylist-un-foiled/donations 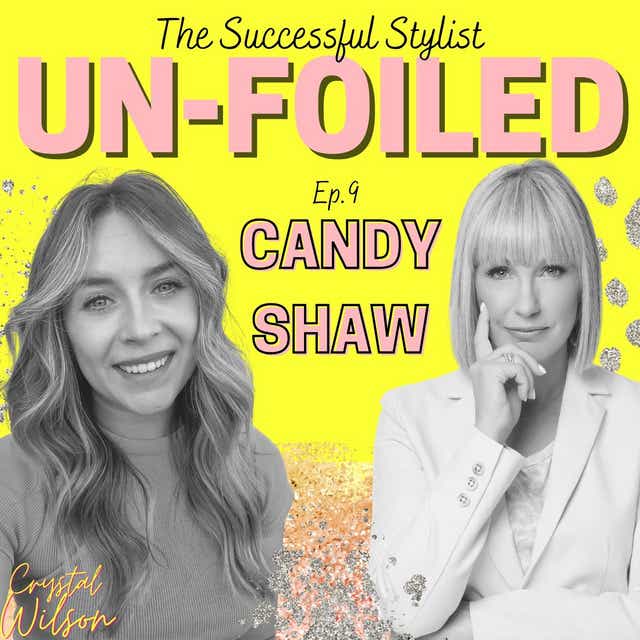