Ah, chatting about the weather. A bit of timeworn small-talk, favored by fumbly podcast hosts everywhere. But that pleasant chill in the air in Nairobi in early summer; that is at the heart of everything we’re going to be talking about over the next weeks here in Kenya. That cool climate, it seems, was Nairobi’s original sin, the thing that first drew British civil engineers to build a rail depot here in 1899. Pity the poor colonizer, who had been trying to subjugate so many peoples in the unbearable heat. Here at more than 5800 feet above sea level—way higher even than Denver—the air is dewy and lovely and it makes perfect sense that it would make an appealing homebase for your average gin-soaked sadist from Old Blighty looking to queen over all of East Africa. So Nairobi was born as a European city, and this whole region of East Africa became known as the White Highlands, where the land was stolen from the Masai and Kikuyu with such vigor and arrogance that, well, you had the Nandi resistance and the Kolloa Massacre and the Mau Mau Uprising and finally a free Nairobi, capitol city of the independent Republic of Kenya. Its airport was built in part by Mau Mau prisoners held by the British in ghastly conditions, and today the airport is named after freedom fighter and first president Jomo Kenyatta. That’s just the first taste, for any arriving visitor, of the conflicting strands of DNA that weave around each other throughout this city.

My first attempt to untangle it all starts with Wanuri Kahiu. When we put Nairobi on the calendar, she was the first person we thought of having on the show. When she said she lives in Karen, a particularly dewy and green district of Nairobi with a view of the Ngong Hills, that’s where I decided to stay. She is a leader that way, through her work and in person, she communicates this sense of humor and lightness mixed with intimate moral urgency, a push to see the world as she sees it, knows it, films it. If you are a fan of film and disturbed by censorship, you’ll know her film Rafiki, the first Kenyan film to screen at the Cannes Film Festival, even as it was it banned by the Kenyan authorities for reasons relating to, well, gay-ism. But as you’ll hear in this episode, the fights she fought with Rafiki are still ongoing, and so are her triumphs, which will be coming, with more of that quiet and effective force, to your favorite streaming platform soon. Welcome to Nairobi, this is first of five episodes from this city, each featuring a different interview with artists, filmmakers, journalists and musicians. 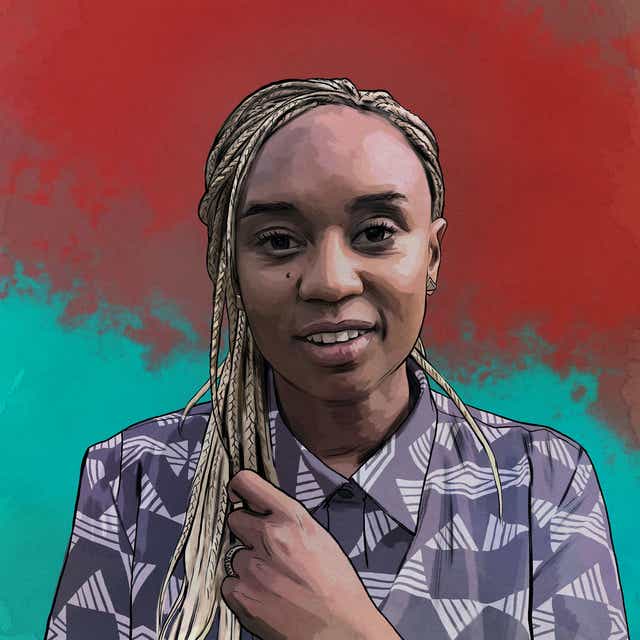