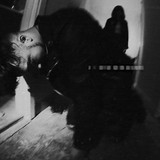 On the heels of the release IT’S NO FUN in August 2020, Zolla – a dedicated student of guitar heroes like Jimi Hendrix and Stevie Ray Vaughan – ‘wasted no time’ at all generating another music video/single release. This time it's darker and heavier. A description of the music video would follow as: Tim Burton-esque black&white gone evil Hendrix/ Black Sabbath flowing within a pop atmosphere? Producing a brand of overdriven sounds for the soul steeped in singed psychedelic riffs; leaden hard rock and percolating pop melodies, listening to Pink Cocoon is like observing an electric sermon in the hallowed hall of volume worship. December 18 marks the return for Zolla with ‘Wasting My Time’, the 2nd in a series of special singles that will eventually form the basis of his new EP, which is due for release next year. Recorded and mixed by Dave Traina and mastered by Harry Hess (Cancer Bats, Big Wreck, Billy Talent). The music video was directed by Marc Zolla & co-directed/filmed/edited by Dahlia Orazia in Montreal. The song is a ponderous and melodic track reflecting the Pink Cocoon life.