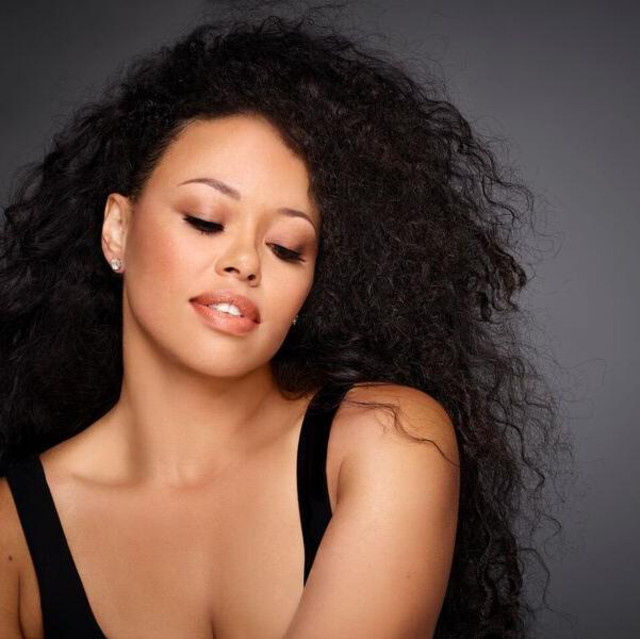 A singer and songwriter whose songs are filled with smarts, humor, and unfeigned heartache, Elle Varner was one of the most promising R&B artists to emerge during the early 2010s. Perfectly Imperfect, her 2012 debut album, was a Top Five pop hit and the source of a few charting singles highlighted by the Top Ten R&B/hip-hop hit "Refill," Grammy-nominated for Best R&B Song. Although her second album was shelved by RCA, Varner remained visible with an assortment of featured appearances, including one on Chance the Rapper's Grammy-winning Coloring Book. She has since been signed by the Entertainment One label, releasing a handful of singles and the 2019 mixtape Ellevation. Elle Varner grew up surrounded by music. Her parents, Mikelyn Roderick and Jimmy Varner, were two thirds of By All Means, a group who recorded for Island and Motown. Their credits separately include work with Barry White, Tevin Campbell, Kool & the Gang, and Will Downing. As a child, Elle Varner accompanied her parents to sessions and learned the ins and outs of recording. She continually developed her own musical talent, learned a handful of instruments, and was in a jazz vocal group before attending the Clive Davis Institute of Recorded Music at the New York University Tisch School of the Arts. By the time she graduated, she and her father had co-written "Fantasy" for Roderick's 2007 album Copasetic Is. Signed to Clive Davis' J Records -- then home to inspirations and contemporaries like Monica, Alicia Keys, and Jazmine Sullivan -- Varner made her major-label debut in August 2011 with "Only Wanna Give It to You," featuring J. Cole. The single peaked at number 20 on Billboard's Hot R&B/hip-hop chart. Due to corporate restructuring, the J label was eliminated, and Varner was shifted to the RCA roster by year's end. The lyrically and sonically distinctive "Refill" entered the R&B/hip-hop chart in March 2012 and eventually hit number ten. After the release of a free digital download mixtape, Conversational Lush (its title taken from "Refill"), Varner completed her first proper album, Perfectly Imperfect. Released in August 2012, it debuted at number four on the Billboard 200 chart. "Refill" was subsequently nominated for a Grammy in the category of Best R&B Song. As she worked on her second album across 2014 and 2015, Varner released singles such as "Don't Wanna Dance," "F**k It All," and "Birthday." The parent release, 4 Letter Word, was ultimately shelved by RCA. Between labels, Varner made appearances on a handful of albums, most notably Chance the Rapper's Coloring Book, a Grammy winner. She signed with Entertainment One and started the 2018-2019 campaign for her second proper album with singles such as "Pour Me" and "Kinda Love," and the nine-track Ellevation, designated as a mixtape. ~ Andy Kellman, Rovi