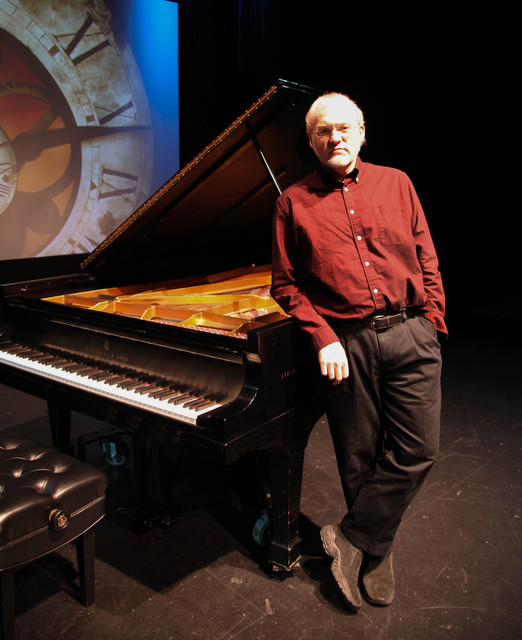 David Nevue (pronounced NEV-Yoo) resides in the Eugene, Oregon area. In 1992, David released his first album of piano works called "The Tower," composed as a soundtrack for one of his short stories. In the years since, he has released fifteen additional albums, including "Overcome," named "Best Instrumental Piano Album of 2005" at the Lifestyle Music Awards. His most recent album, “In the Soft Light of Grace,” debuted at #1 on iTunes and Amazon for his genre and made it into the Top 5 on the Billboard "New Age" Music charts. David is the founder and program director of Whisperings: Solo Piano Radio (founded in 2003), the very first Internet radio broadcast to feature solo piano music exclusively. In July 2006, The Wall Street Journal named Nevue a “media mogul” including him on their "New Media Power List" of producers “being catapulted into a position of enormous influence.” He surpassed a billion spins on Pandora radio in 2017 and was recently (2018) interviewed for an article in Rolling Stone Magazine. David goes out on tour several times a year, and has performed concerts with David Lanz, Wayne Gratz, Peter Kater, Suzanne Ciani and dozens of other pianists. Be sure to subscribe to his email list to receive notification when he's playing near you. To learn more about David, his albums, sheet music and life story, visit his web site at www.davidnevue.com.