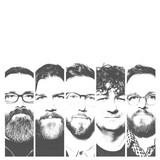 Luxury is: Lee Bozeman (Vocals & Guitar), James Bozeman (Guitar, BGV), Matt Hinton (Other Guitar), Chris Foley (Bass) and Glenn Black (Drums). The band formed in Toccoa, Georgia in 1992 and were an active part of the Northeast Georgia/Athens music scene during the mid-90's. After a raucous performance at an Illinois music festival in July of 1995, the band was set to break big. However, while traveling back to Georgia after the festival, the band was involved in a serious automobile accident when the van they were riding in drifted off the road and rolled over into the median. Lee and Glenn, along with members of the band Piltdown Man, were seriously injured. The band healed enough to play a show just five months after the accident and the band released Latest and Greatest in 1996.

However, the band's focus changed from stardom to family.