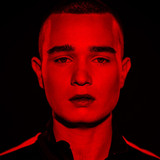 Choose your superlatives wisely, they say. However, leaving them out describing Soul & RnB Wizkid Lou Asril is close to impossible. He might just be 20, but manages to extract the Soul in his voice exactly from where it lies within - in between a fast pumping heart, and a tingly feeling stomach, leaving us both breathless and tongue-tied. Starting a classic piano education at 11, he formed a band at 15 and began performing his songs right around this time. At 17 he won the 'Joe Zawinul Award' (after the great late Miles Davis and Weather Report bandleader), landing him spots in several songwriting sessions in Los Angeles. 2019 brought his first public offerings „Divine Goldmine“, "Soothing Moving" and "Friek". The songs immediately gained traction among young audiences and radio, mounting i.e. in two #1 songs on highly influential Radio FM4, a nomination for the Amadeus Austrian Music Awards ("Best Alternative"), live performances at several high profile festivals (like Viennas "Popfest"). In March 2020, right when the pandemic hit, his debut EP "louasril" set sail for a new chapter.