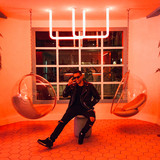 Jose De Mara has more than 10 years of experience as DJ & Dance music producer. He has been receiving special support from big EDM names like Tiësto or Steve Angello among many others and he is often working with record labels like Spinnin’, SIZE, or his own Arcadia Records, releasing more than 70 songs and leading Spain dance music market. Actually he has developed a brandnew nightlife concept named ‘Arcadia Night’ based in Spain and starting a worldwide expansion after his first show in Japan. For all his work and many more he was nominated for “Best Producer / Artist” by the ‘Vicious’ Dance Music Magazine (2011, 2012, 2015 & 2016). Also his remix of DJ Sammy’s “Look For Love” exceeds 17 million views on YouTube. And to nicely top this list off; his 2015 radio release in Spain ‘Our Kingdom’, went straight to #37 in the main Spanish radio chart ‘Los 40 Principales’. In 2016 he released ‘Bangkok’ at Kryder’s imprint “Sosumi Records”, definetely his ‘gamechanger’ record getting a huge support by the biggest Bigroom House artists like Steve Angello or David Guetta, being one of the top100 Most played records in 2016. 2017 has been his turning point as an artist releasing his first single ’12 O’clock’ on Steve Angello’s record label SIZE with a huge DJ support. As a DJ he did shows worldwide even playing at legendary clubs as Pacha New York, Privilege Ibiza. Therefore we can expect a leap from this talented DJ/producer who is expanding his name all over the world.