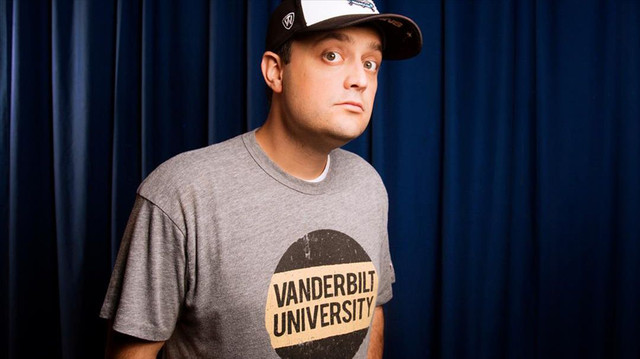 Hailing from Old Hickory, Tennessee in suburban Nashville, Nate Bargatze is a standup comedian known for his midtempo drawl and easygoing humor about the small challenges of everyday life. Bargatze was working as a water-meter reader when he and a co-worker decided to quit their jobs and move to Chicago to pursue careers in comedy. They arrived in the Windy City in 2002, found work at a local bar, and enrolled at the legendary improv hub Second City, alma mater of many of their favorite Saturday Night Live cast members. Bargatze quit after a few months, deciding that what he really wanted to do was standup comedy. He relocated to New York City and spent the next several years honing his material and skills nightly at the city's comedy clubs. He was eventually booked on Late Night with Conan O'Brien in 2008 and again in 2009, and his reputation continued to grow. After winning both the New York Comedy Festival and Boston Comedy Festival in 2010, he got his own Comedy Central Presents special in 2011. His debut standup album, Yelled at by a Clown, was released by Aspecialthing Records in September 2012 and reached number two on the Billboard Comedy Albums chart. More late-night spots on shows such as Conan and The Tonight Show with Jimmy Fallon followed, and Bargatze played himself on comedian Marc Maron's scripted series Maron in 2014. His second album captured his Comedy Central one-hour special Full Time Magic, and was released in the spring of 2015 by Comedy Central Records. It topped the Billboard comedy chart. ~ Marcy Donelson, Rovi