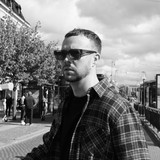 Wahlstedt is a Swedish Dj/Producer whoes uplifting songs has captured several million listeners worldwide. In just a few years, Wahlstedt has been streamed over 100 million times on Spotify, Gold Certified Artist in Sweden with the song ”Magic City” (18 mio + Spotify streams). Supported by artists like: Tiesto, David Guetta, R3hab and more. With his explosive performance he has been touring around the Asia and Europe, Performed at Ultra Europe 2019 Doing what he love the most - be on the run, producing music and have performance from small clubs to large festivals! Wahlstedt made the official anthem song for 2020 European Handball Championship. ”Wahlstedt - All For Us” and performed the song live at the finals in Stockholm Tele2 Arena with over 18 000 people in the crowd.