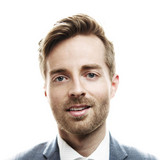 Caleb is a Grammy & Dove Award Nominated singer/songwriter whose music has been influenced by jazz legends like Frank Sinatra, Nat King Cole, Harry Connick Jr. and Ella Fitzgerald. His work has been featured on Grammy nominated albums, recorded by orchestras and performed around the globe.   As a published Nashville songwriter, his works have been recorded by many of today’s top country, bluegrass and gospel artists including The Brooklyn Tabernacle Choir, Ty Herndon and Dailey and Vincent.   Caleb has produced and arranged 5 solo albums, and is currently producing music for other artists as well. His first album “Classic” was distributed exclusively in 300+ retail stores nationally. His follow-up albums include “Christmas”, “Dream”, “Live In Memphis” and “Re-Introducing the Standards”.