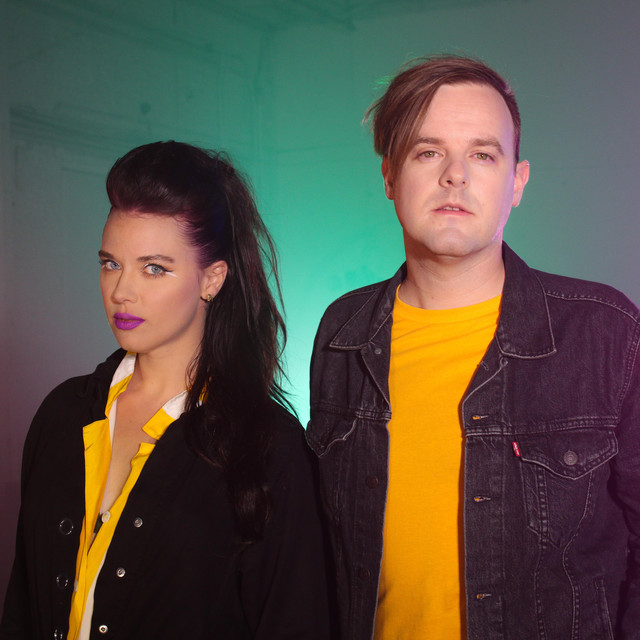 Singer & the Scientist is a Los Angeles electronic duo, featuring the driving vocals of Kenley Shea and the quirky synthesis creations of Steve Channell. S&TS was born in the valley of Los Angeles in 2014, when the two met coincidentally as next door neighbors in a small LA apartment complex. Coming from opposite music backgrounds, they were neighbor-friends for over a year before they even thought about writing together. After a few failed song attempts, they pressed on to write their first single “Notice Me”. This began their journey together to find their unique sound as Singer & the Scientist. Following up on their debut album, “Electric Heartbreak”, S&TS is releasing a string of new singles, which take a sharp turn from the previous record. Authenticity is always on the forefront of Singer & the Scientist’s mind as they write, record, and perform. In 2018 they boldly stopped using any laptops for live performance because of how disconnected they felt from the music and audience. Channell re-engineered their setup using only hardware synths & drum machines. This pushed S&TS into new territories that pay homage to the driving sounds of 80’s synth-pop and bands like Sylvan Esso, Chvrches, and St. Vincent. The synth duo has had radio spins on KCSN and HOT 103.9FM. They’ve performed live on Legendary’s “Geek & Sundry” and Music Tribe’s “Inside the Music” and their single "Crashing Down" is in the 2018 indie feature film “No Postage Necessary”.