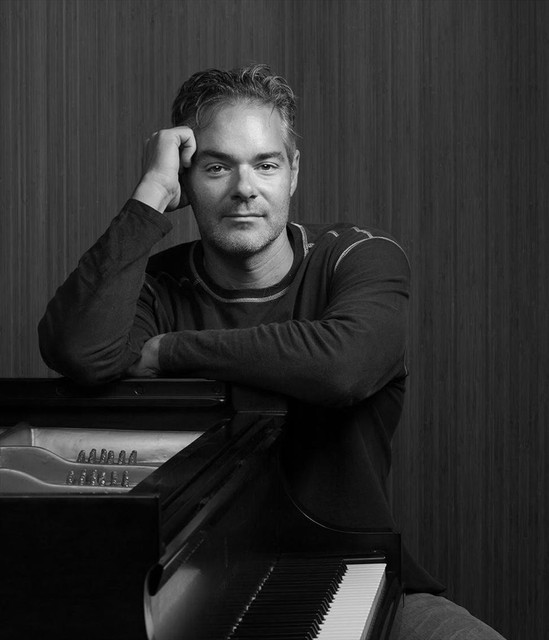 After having his mainstream breakthrough with the Wes Craven slasher film Scream in 1996, American composer Marco Beltrami became closely associated with his stirring, percussive orchestral scores for horror, action, and science fiction movies, including further collaborations with Craven. His first of multiple Academy Award nominations came with the 2007 remake of the western 3:10 to Yuma. Fifteen years after the first installment, 2011's Scream 4 was his fourth straight score for the series. In 2015, Beltrami collaborated with Philip Glass on music for the Marvel Comics film Fantastic Four, and in 2018, his music was one of the few things that could be heard in the hit horror movie A Quiet Place. A New York native, Beltrami attended Brown University and the Yale School of Music, eventually studying with Luigi Nono in Italy before apprenticing with none other than Jerry Goldsmith in Los Angeles. He got his professional start in film and television in the early '90s, earning his first main composer credit on 1994's Death Match. He scored projects including the horror film The Whispering (1995) and the syndicated TV drama Land's End (1995-1996) before Scream hit theaters in late 1996. He went on to compose music for Guillermo del Toro (1997's Mimic) and Robert Rodriguez (1998's The Faculty) as well as reuniting with Craven for Scream 2 (1998) before the end of the decade. Beltrami kicked off the next decade with 2000's Scream 3 (directed by Craven) and Dracula 2000 (executive produced by Craven). Highlights from the next several years included Blade II (his Marvel debut), 2003's Terminator 3: Rise of the Machines, 2004's Hellboy (again with del Toro) and I, Robot starring Will Smith. In the meantime, he also contributed to the final four seasons of TV's The Practice. In 2008, his work on 3:10 to Yuma earned Beltrami his first Academy Award nomination for Best Original Score, with a second one arriving two years later for Best Picture winner The Hurt Locker. Beltrami collaborated on two final films for Wes Craven, My Soul to Take and Scream 4, in the early 2010s. They turned out to be Craven's last directorial projects before he died of cancer in 2015. In the meantime, Beltrami returned to the world of Marvel for the X-Men franchise entry The Wolverine in 2013. The year 2015 brought the release of another Beltrami-Marvel film, Fantastic Four, the score for which Beltrami composed with Philip Glass. The Wolverine sequel Logan followed in 2017. A year later, Beltrami's A Quiet Place score was nominated for a Golden Globe. ~ Marcy Donelson, Rovi