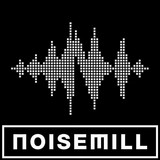 NOISEMILL Mikkel Sandager Singer/Vocals Morten Sandager Drums, keyboards, production, mix &amp; mastering Michael Opstrup Guitars, bass Noisemill has a solid foundation in pop and rock. Like the four winds our inspiration comes from all directions, and really, that is what makes the blades of the big mill go ‘round. Whoever chooses to follow Noisemill will experience this whirlwind as our repertoire unfolds song by song. That’s a promise. You will probably find hints of hard rock, classic rock, blues and electronic music in the melodies, riffs and soundscapes of Noisemill’s guitar-based pop-rock songs. For those in the know, that is about as specific as framing us gets. That is what we like. That is what we do. Noisemill feels a kinship with bands and performers who show an eclectic flair – bands who write songs of many shades and subtleties. Bands not afraid to have some fun. This is our style – almost as a kind of therapy- or a searching for some respite from the trivial and the mundane. This is our playground. Noisemill is a Danish trio. The band members are brothers Morten Sandager (drums, keys/synth) (ex. Pretty Maids, Mercenary) and Mikkel Sandager (vocals) (ex. Mercenary, One Machine) and life-long friend Michael Opstrup (guitars/bass) (ex. Motofish). Their musical journey started in 1990 in a high school band, but they dispersed and pursued other projects soon after school – before joining up again almost 25 years later to write a million love songs.