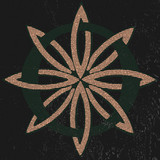 Formed in the summer of 2019, Orchard is a New York City-based alternative rock quintet that revels in bringing together big, sweeping vocals with thoughtful songwriting and crisp musicianship. They playfully dabble into the realms of shoe gaze, emo, and progressive rock to create a witches brew of powerful and infectious music. On February 14th they released their debut single "Fragments" engineered by Brandon Bujnowski at If and Only If Productions in Brooklyn, NY.