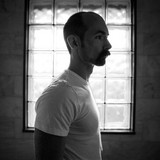 “He’s got the kind of stories worthy of a best-selling memoir – and when your ears latch onto Garrett Owen‘s “Sad Eyed Son” for the first time, you’ll notice a definite difference, right off the bat. Garrett Owen is the consummate artist – a poet’s poet and a player with a style all his own. His love-at-first-listen new record arrives in February – each song conveying an astute wisdom and vision beyond his years."

-Glide Magazine - “Owen often turns to sadder subject matter for his songs. But though there is melancholy laced throughout much of his songwriting, there is also something sweet and comforting about Owen’s voice that lets you know things just may work out alright. The ability to strike this balance is front and center on Owen’s new EP Sad Eyed Son. The album finds Owen embracing the rich tradition of Texas songwriters while forging his own path with poignant emotional narratives." - KKXT “He’s an agile, intricate, accomplished guitar player who sings honey-dipped melodies about devastating turns of events. His pain soothes listeners, his performances leave audiences paralyzed."