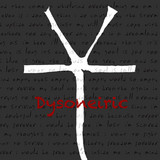 Krÿstan, singer-writer-composer, is from the Montreal region. Krÿstan’s compositions can be distinguished by an original approach combining reason and passion. Marked by his early influences — British Rock and the Goth movement of the 1980’s —, Krÿstan’s compositions were initially based on traditional rock orchestration with layers of sound effects and moody tracks. He later integrated classical and baroque elements, went deeper into the art of arrangement and tweaked an approach where acoustic, classical and electric guitars are superimposed within complex and polished textures. A multi-instrumentalist, he thus developed creation techniques and reinvented a sound that became his own. As for Krÿstan’s texts, they incite introspection, striking an existentialist chord that is steeped in a sweet melancholy. His work is that of an introspective artist, characterized by its dreamlike instrumental passages.