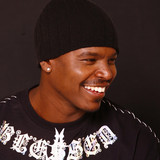 Upcoming alternative rock sensation Roc O Star has announced the launch of his new single “MR President ” March 9th ,2019 on Spotify and YouTube. The music video is first of the five-partmini-movieanthology titled “LIFE “that is inspired by the singer’s life itself. It provides the viewers an insight into the life of new artist where they see him at a point where he goes against his better judgment,allowing himself to make risky and foolish decisions that end up costing him more than what he anticipated or bargained for.  The popular music artists such as Muddy Waters, Prince, Bruno Mars, NWA, Linkin Park, Cardi B, Gucci Mane and more inspire Roc O Star. He strives to create music that touches the hearts of the user with a beat that remains stuck in their head for quite a while. He describes himself as the combination of talent and rock music along with a realistic story that creates combustion that is poised to change the face of rock music, as we know it.