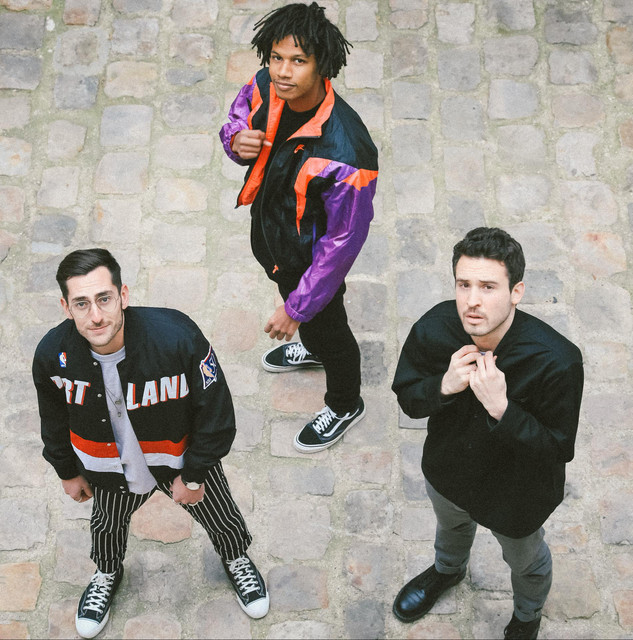 The three french producers of Jabberwocky take us into an electronic universe ruled by cosmic flights, mixing their love for synthesizers and vintage sounds with strong melodies.   Born in 2013, the trio released a first track « Photomaton » which started to be playlisted and streamed on many french radios and medias with the first support by Radio Nova. After two LP’s ( Lunar Lane 2015 ; Make-Make 2017) and a lot of vocal collaborations, they come back in 2019 with a new 2 track EP (Italobingo / La Yara) inspired by Italodisco and High Energy music. Exploring a new way to compose in order to evolve constantly, Jabberwocky brings something different in these two tracks which sound much more club to make the night dance.