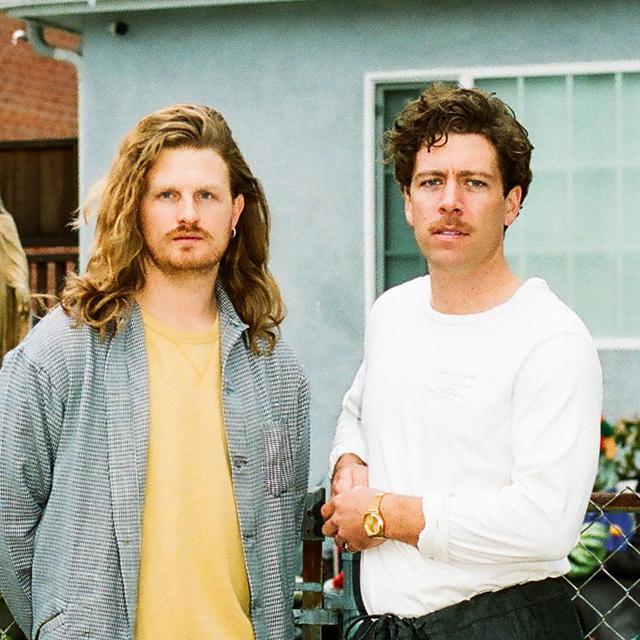 FRENSHIP (James Sunderland and Brett Hite) make wide-angle pop songs that are realized in the moment, shaped by diverse inspirations: the brash, bold innocence of 80s pop; the experimental streak of 90s hip-hop; and, not to mention, the songwriting chops of stadium-filling superstars. Their songs are painted in bold, bright colors, packed with harmonies and unshakeable hooks that connect with a global audience. FRENSHIP's debut album Vacation, out May 17, 2019, via Counter Records (part of the Ninja Tune family), follows the explosive interest which has greeted the music they have released so far. Vacation, which includes buoyant, bright track “Won’t Let You Go” feat. Bastille, follows a series of buzzed-about singles that racked up more than 750+ million streams, including the 2016 global hit “Capsize” with Emily Warren. Full of warm harmonies, propulsive melodies, spiraling synths and pristine songwriting, Vacation is an album about searching. It examines the nuances of relationships and the idea of happiness and home – the duo’s hot-cold relationship with Los Angeles serving as one of the inspirations for the new songs. New single “Remind You” probes the insecurities which can often affect someone on one side of a relationship over layers of electro-pop synths, a laid-back groove and a bouncy melody. “Wanted A Name” feat. Yoke Lore explores the drive to re-capture those lightning-in-a-bottle moments of love, validation and pure creativity.