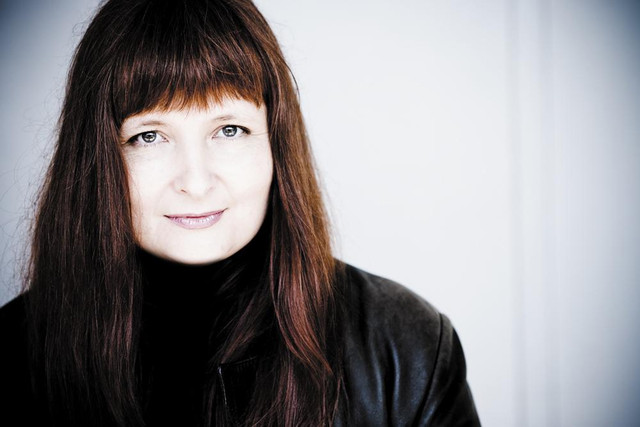 While Christina Pluhar established a highly successful career as a multi-faceted instrumentalist in early music and Baroque repertory, she has come to be identified in the 21st century as the founder and music director of the vocal/instrumental ensemble L'Arpeggiata. Not surprisingly, Pluhar leads this group in similar repertory, but with a focus on Italian fare and with the infusion of jazz and folk elements. She has appeared both as a soloist and with L'Arpeggiata on numerous recordings. Pluhar was born in Graz, Austria, in 1965. She began studying guitar in Graz, then went on to study the lute at the Royal Conservatory of Music in The Hague, where her teachers included Toyohiko Satoh. She had further studies with Hopkinson Smith at the Schola Cantorum Basiliensis in Basel, Switzerland, and Mara Galassi at the Scuola Civica di Milano. Pluhar has mastered several different, though similar, instruments: Baroque guitar, Renaissance lute, archlute, theorbo, and Baroque harp. She has appeared in performance playing them, both as soloist and continuo player, throughout Europe, the U.K., and Australia and with many famous early music ensembles such as Concerto Köln and La Fenice. Pluhar moved to Paris in 1992 and began performing regularly with such ensembles as Les Musiciens du Louvre, La Grande Écurie et la Chambre du Roy, Les Musiciens du Louvre, and many others. Since 1993, she has conducted master classes at Graz University, and from 1999, she has served as professor of Baroque harp at the Royal Conservatory in The Hague. Throughout the 1990s, Pluhar steadily built her performance career, and in 2000, she founded L'Arpeggiata. Based in Paris, the ensemble, consisting of about ten members, performs on original instruments, despite its jazz and folk additions. Pluhar chose some of the finest artists in Europe as members, including Italian folk singer Lucilla Galeazzi, Baroque guitarist Marcello Vitale, and cornetist Doron David Sherwin. She led L'Arpeggiata to virtually overnight success with its first album, La Villanella (a collection of Giovanni Kapsberger vocal works). Since 2007, Pluhar has led L'Arpeggiata in joint concerts with such ensembles as the Australian Brandenburg Orchestra. Concerts in Sydney that year and a return appearance in 2010 were highly praised affairs. Pluhar has recorded for such labels as Alpha Productions, EMI, and Naïve. Among Pluhar's more acclaimed recordings is her 2011 Virgin Classics release of Monteverdi's Vespro della Beata Vergine, with L'Arpeggiata. Her 2018 release Himmelsmusik was nominated for a Grammy Award, and in 2019, she released an album of Luigi Rossi's music. Both of these albums were on Erato and featured L'Arpeggiata.