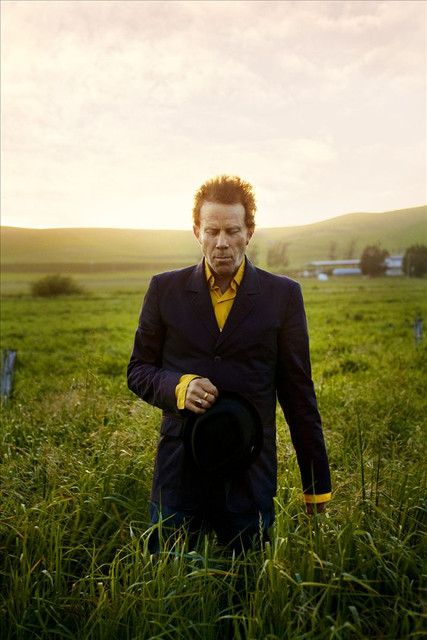 Despite critics' complaints about its radical, unrelenting bleakness and noisy soundscapes, it reached number 130 on the charts. Waits made a poignant guest appearance on British composer Gavin Bryars' Jesus' Blood Never Failed Me Yet, a left-field hit in the U.K. in 1994. The song appeared twice. The other version was Bryars orchestration of a found field recording by a homeless man in London. Waits had attained the kind of artistic freedom he sought with Island, but also wanted more freedom in his business dealings. To that end, he signed to indie label Epitaph/Anti in 1999 and released the now-classic Mule Variations. It sold better than any of his previous recordings and hit number 24 on the Top 200. In the aftermath of his first international tour in more than a decade, he won another Grammy, this time for Best Contemporary folk album. Around the same time, Waits and Brennan worked with Wilson again on a Czech adaptation of Woyzeck. The team of Waits/Brennan/Wilson worked on two other theater works -- Blood Money and Alice (based on Alice in Wonderland), that reflected a more introspective side of Waits' music-making persona in that both were rife with ballads. Waits recorded both scores and released them on the same day in 2002. The critical reaction was mixed, but fans didn't care. They respectively reached 32 and 33 on the album charts during the same week. While Waits played select shows and entertained commissions from all over the globe, he and Brennan were in retreat in their home studio working for the better part of four years on Real Gone. Released in 2006, the set featured a smaller cast of familiar faces including Les Claypool, Taylor, Ribot, and son Casey Waits on drums and percussion. The set sold well and reached 28 on the Top 200. Two years later, Waits released the mammoth limited-edition, three-disc collection Orphans: Brawlers, Bawlers & Bastards. Comprised of 26 rare and 30 previously unissued songs, Waits explained it thusly: "Some are from films, some from compilations. Some is stuff that didn't fit on a record, things I recorded in the garage with kids. Oddball things, orphaned tunes." The acclaim for this sprawling set was universal. It hit number 74 on the albums chart, and was nominated for a Grammy for best Contemporary Folk Album. Waits and Brennan once more took to the road across the United States, Canada, and Europe. In 2009, Glitter and Doom, the live document from the run, arrived and reached number 63. Two years later, Waits issued Bad as Me, his first set of all-new original material since Orphans. It was his highest-charting album ever, reaching number six on the Top 200 and chosen as one of the best albums of the year by critics across the web and in print. Bad as Me was also nominated for a Grammy for Best Alternative Music Album. Waits spent the next few years remastering and reissuing his first six Elektra/Asylum albums: Closing Time, The Heart of Saturday Night, Nighthawks at the Diner, Small Change, Foreign Affairs, Blue Valentine, and Heart Attack and Vine. Likewise, the three individual volumes in Orphans (Brawlers, Bawlers, and Bastards) were re-released. Waits also resumed his acting career in David Lowery's feature film The Old Man and the Gun, co-starring Robert Redford (in his final picture), Sissy Spacek, and Danny Glover. In 2018, Waits appeared as one of several guest vocalists on Ribot's political album Songs of Resistance 1942-1918 (others included Steve Earle, Meshell Ndegeocello, Justin Vivian Bond, and others), which benefitted The Indivisible Project, an organization that helps individuals resist Donald Trump's agenda via grassroots movements in their local communities. ~ Thom Jurek, Rovi