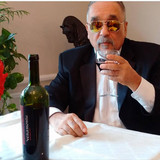 International Trombone Association: "Willie Colón has probably done more than anyone since Tommy Dorsey to keep the trombone before the public. Stylistically they are poles apart, Dorsey representing an ultra-smooth approach, Colón a Hard-edged roughness reportedly inspired by Barry Rogers. Unfortunately, Colón's public is largely Latino, so his music and contribution have gone unnoticed or ignored by the general press"- Gerald Sloan, professor of music University of Arkansas 2015 Billboard Magazine: named Willie Colón one of the 30 most influential Latin Artists of All Time. John Storm Roberts: Though the adulation given Colon's early recordings is fully justified, it has the unfortunate side-effect of blinding people to his equally fine recent recordings. Yet aside from the fact that he'd turned himself into an excellent and very individual singer, the recordings he made just before his political ambitions took over are by any measure outstanding. Smithsonian Books: "Willie Colón is one of the essential gods of Salsa mythology, perhaps the most essential of the entire pantheon." AllAboutJazz. com: "Colón was to the history of Latin music what Don Drummond was to Jamaican ska and J.J. Johnson was to jazz." New York Times: "Most rock and pop stars whose names are known in every household would be delighted with records sales of such magnitude." Village Voice: "Willie is a gifted producer... a talent on the order of Quincy Jones and Stevie Wonder...