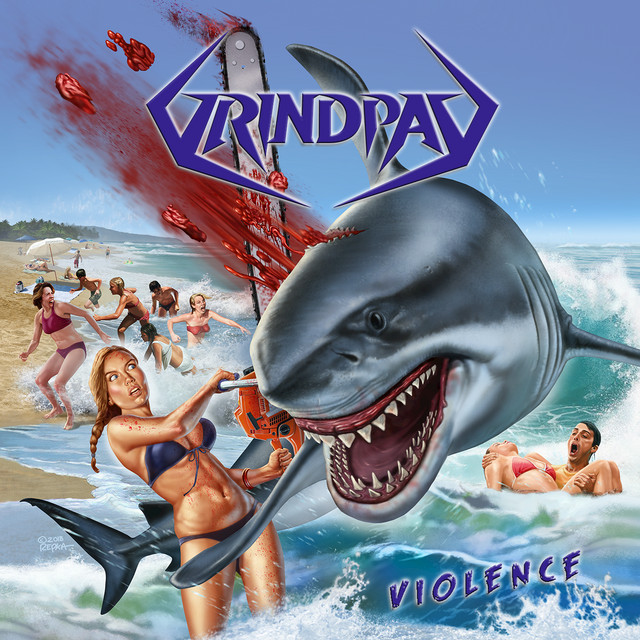 What doesn’t kill us….. Late 2010, Grindpad won the Metal Battle. With their relentless deathmetal, they simply destroyed the competition. Metal in it’s purest form, taking no prisoners. Cool shows followed with Bolt Thrower & Benediction, Tankard, Occultfest. Then, the inevitable happened: members left. Quitting was however never an option. But in this current climate of death core, melodic death metal, breakdowns and B-tunings, Grindpad had to find their own true nature. After a slight genre-change, Grindpad was back on the track. Gone are the flirts with death metal, in comes the aggressive thrash. And that’s exactly what Grindpad stands for now: Thrash metal in it's purest form. Capturing the speed and aggression that fueled the genre to greatness. Releasing the Poser Killer EP to show the world the power of the new Grindpad this was followed up a few years later by the Sharkbite! EP. With a stable line-up, Killer reviews of the Sharkbite! EP and a growing live reputation for a shark infested party Grindpad is stronger than ever.