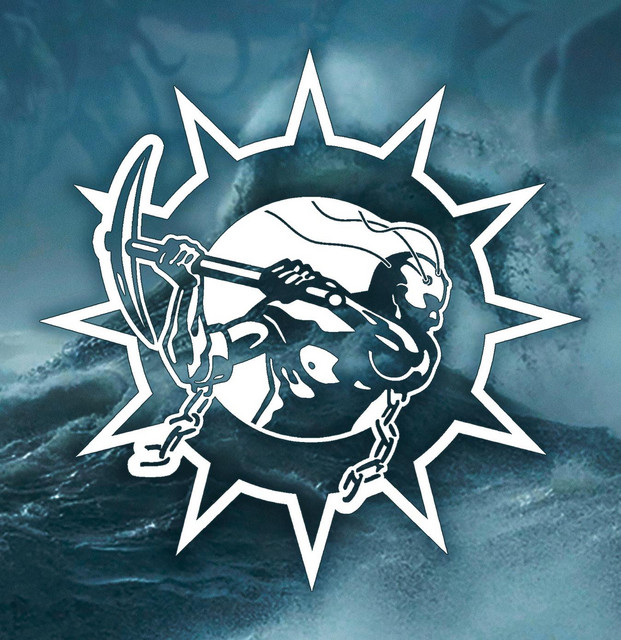 Emerging in the late '90s from a scene populated by pioneering metal acts like In Flames, Arch Enemy, and Dark Tranquillity, Soilwork were instrumental in infusing punishing Gothenburg-style death metal with European power metal majesty. Debuting in 1998 with the uncompromising Steel Bath Suicide, the group hit their stride in 2005 with the release of their metalcore-leaning sixth full-length effort, Stabbing the Drama, which saw them crystallize their sound and helped break them overseas. Subsequent efforts like Sworn to a Great Divide (2007) and The Living Infinite (2013) continued to beat the drum of both melody and might, solidifying Soilwork's reputation as one of Swedish melodic death metal's most versatile and venerable exports. Formed in the Northwestern town of Helsenberg in 1995 around the talents of vocalist Bjorn "Speed" Strid, guitarists Peter Wichers and Ludvig Svartz, and drummer Jimmy Persson, all of whom were veterans of the Swedish heavy metal scene, the group initially operated under the moniker Inferior Breed, before changing over to Soilwork in 1996. Fusing the country's signature ultra-heavy death metal sound with the power-groove riffs of late-'70s, early-'80s British and European metal, they recorded their first demo, In Dreams We Fall into the Eternal, in 1997. Adding bassist Ola Flink and keyboardist Carlos Del Olmo Holmberg, the band landed a recording contract with Listenable Records, with whom they released their first studio long player, Steel Bath Suicide, in 1998. Hewing closer to the pummeling Gothenburg end of the extreme metal spectrum, the album was well-received, and landed the group a U.S. deal with Century Media. Both Svartz and Persson left the fold shortly thereafter, making room for new drummer Henry Ranta and guitar player Ola Frenning, the latter of whom happened to be Peter Wichers uncle. For their sophomore effort, 1999's The Chainheart Massacre, the band continued to refine their sound, garnering praise both at home and abroad. Sensing a group on the rise, Nuclear Blast came calling, signing Soilwork and placing them on bills stacked with big ticket names like Cannibal Corpse, Annihilator, and Nevermore. 2001's volatile Predator's Portrait, which saw lead screamer Strid starting to experiment with clean vocals, would be the last outing for Carlos Del Olmo Holmberg, who would be replaced by new keyboard player Sven Karlsson on album number four. Recorded with Devin Townsend and Fredrik Nordstrom, Natural Born Chaos arrived in 2002, and was followed by the band's first U.S. tour. 2003's streamlined Figure Number Five saw the band beginning to incorporate elements of alternative metal into the mix, making it one of their more commercial sounding releases. It would also be the last studio outing for drummer Henry Ranta, who after a rotating door of stand-ins, was eventually replaced by Dirk Verbeuren. For their sixth full-length effort, the acclaimed Stabbing the Drama, the band managed to find the sweet spot between the melodic neo-thrash of their earlier works and the breakdown-laden simplicity of the burgeoning metalcore scene, resulting in their most successful outing to date -- citing exhaustion and other personal issues, longtime guitarist Wichers left the group shortly after the record's release. The group brought Daniel Antonsson in to replace him, and he made his studio debut on 2007's Sworn to a Great Divide, which proved to be even more commercially successful than its predecessor. More lineup shifts preceded the arrival of 2010's chart-topping The Panic Broadcast, with Ola Frenning departing -- Sylvain Coudret took over six string duties -- and Wichers returning to the group. That year also saw the release of the band's first ever compilation, the Avalon Marquee-issued The Sledgehammer Files: The Best of Soilwork 1998–2008. Wichers left the fold again in 2012, making way for new guitarist David Andersson, who made his debut on 2013's The Living Infinite, Soilwork's first double album. Not long after the album's release, longtime bassist Ola Flink was replaced by newcomer Markus Wibom, who appeared on 2013's The Living Infinite. The lineup continued to shift in 2016 with the departure of drummer Dirk Verbeuren, who soon joined Megadeth. Death Resonance, a compilation of B-sides and rarities arrived that year, with the veteran metallers tenth studio long player, Verkligheten, set to arrive in early 2019. ~ James Christopher Monger, Rovi