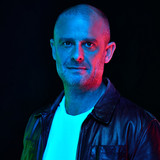 Richard Durand is an artist who's established himself in the top tier of trance for a decade now. Since first breaking into the scene with remixes for Tiësto and being tipped for the top by the man himself back in 2007, Richard has gone on to fulfil his potential. In the ten years that followed his breakthrough year, Richard Durand has hit the Top 100 of the DJ Magazine annual DJs poll on no less than five separate occasions, he's released four critically acclaimed artist albums ('Always The Sun', 'Wide Awake', 'vs The World and ‘The Air We Breathe’), mixed six editions of the legendary 'In Search Of Sunrise' series of compilations and performed on many of the world's biggest stages including legendary brands such as Trance Energy, A State Of Trance, Dreamstate, Sensation, Mayday, Godskitchen Global Gathering, Avalon, Zouk and Ministry Of Sound. In 2018

Richard raised the bar once again with his eagerly anticipated fourth artist album 'The Air We Breathe' released on Black Hole Recordings back in November, the album reached #4 In the Beatport Top 100 Trance, His key single on the album ‘The Air I Breathe’ with Christina Novelli reached #2 and of course, 'The Air I Breathe' on Outburst which was released early in the year hit #1 in the Beatport chart and was awarded 'Future Favourite' on ASOT Radio where it was described as "One of the biggest tracks of 2018" by Armin van Buuren.