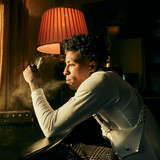 YoungBoy Never Broke Again is a highly prolific rapper from Baton Rouge, Louisiana who has attracted a loyal following for his uncompromising street narratives. He debuted as one of 2015-2016's rising talents, but that trajectory was altered slightly after a six-month prison sentence. Following his release in 2017, he became a regular fixture on the Billboard charts, frequently issuing mixtapes, EPs, and singles. His debut album, Until Death Call My Name, hit the Top Ten when it appeared in 2018, and 2019 mixtape AI YoungBoy 2 topped the chart. He remained at the upper reaches of the Billboard 200 in 2020 with multiple mixtape releases and his second studio album, Top, which debuted at number one. He closed his whirlwind year with yet another mixtape and a collaboration with Rich the Kid, Nobody Safe. Originally known as NBA YoungBoy, the rapper was born Kentrell DeSean Gaulden in Baton Rouge in 1999. Inspired by local artist Lil Phat, the young Gaulden started rapping and recording. His debut mixtape, Life Before Fame, arrived in 2015 and was quickly followed by a trilogy of releases titled Mind of a Menace. Shining a spotlight on his gritty and violent upbringing, YoungBoy displayed a talent for wordy bars, combining the spirits of contemporaries like 21 Savage and Boosie Badazz. In 2016, he released the 38 Baby mixtape, which featured fellow Baton Rouge rappers like Badazz and Kevin Gates. Before I Go Reloaded, a collection of previously released tracks, was issued at the end of the year, as the future of his burgeoning career remained uncertain. In 2017, after he was released from prison, he issued AI YoungBoy, which featured the single "Untouchable." The effort debuted in the Top 25 of the Billboard 200. Months later, YoungBoy issued Fed Baby's, a collaborative mixtape with Moneybagg Yo. He quickly followed Fed Baby's with Ain't Too Long, a short mixtape that debuted as a streaming video playlist before landing on the Billboard 200. YoungBoy's first official full-length, the platinum-certified Until Death Call My Name, was released in April of 2018, and soon charted in the Top Ten of the Billboard 200 album chart. The album included guest appearances from Future, Lil Baby, and Birdman, as well as the Top 40-charting single "Outside Today." Less than a month after the album was released, a mixtape titled Master the Day of Judgement appeared. A trilogy of EPs, 4Respect, 4Freedom, and 4Loyalty, arrived the following August and September. All three were then combined with an additional EP's worth of material as 4Respect 4Freedom 4Loyalty 4WhatImportant. The restlessly prolific artist released two additional mixtapes, Decided and Realer, before the end of the year. In October of 2019, he released the mixtape AI YoungBoy 2, which debuted at number one. Still Flexin, Still Steppin appeared in February of 2020, and reached number two on the chart. He continued his winning streak a few months later with his yet another mixtape, 38 Baby 2, which topped the charts upon release. In addition to a guest spot from DaBaby, the set also featured YoungBoy's mother, Sherhonda Gaulden, holding her own on "Bout My Business." In September of 2020, YoungBoy released his third project of the year and second studio album Top. The 21-song album featured guest spots from Snoop Dogg and Lil Wayne and debuted at the number one spot on the Billboard chart. Closing out the year, he went on a blitz of releases, starting with the crew compilation Never Broke Again, Vol. 1 and extending his chart streak with Top Ten mixtape Until I Return and a collaboration with Rich the Kid, Nobody Safe. ~ Neil Z. Yeung, Rovi