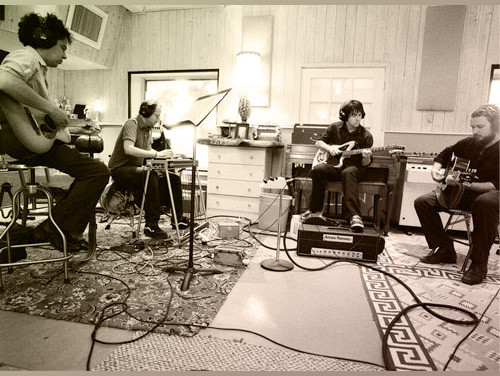 Monsters of Folk were formed around the talents of indie rock giants Conor Oberst and Mike Mogis (Bright Eyes), M. Ward (She & Him), and Jim James (My Morning Jacket). Conceived in 2004, the project gradually formed out of on-stage collaborations and backstage hootenannies while the four musicians were on tour with their respective bands and solo projects. The members of this cheekily titled "supergroup" may come from folk backgrounds, but their style falls squarely in the "classic rock" camp. Known for switching personas and instruments at the drop of a hat during their stage shows, Monsters of Folk released their self-titled debut album on September 22, 2009. ~ James Christopher Monger, Rovi