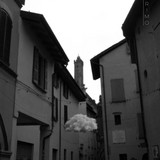 Nsiries - also known as luskaet - is an electronic music producer based in Bologna, delving in particular in electro ambient. Having been born and raised in Sicily, he was inspired by the sounds of the sea, sunsets and Sicilian soul. He has always had an artistic inclination, having been passionate about music and photography from a tender age. In 2015 he decided to take it to the next step; write and perform throughout Italy in various clubs and festivals such as: Lanificio 159 (Rome), Macao (Milan), Apolide Festival (Turin), Insa-late Fest (Senigallia), Sub Urb Festival (Urbino), Nuove Impressioni (Alcamo) amongst many others. This was enabled by joining Panorama Musique Records, becoming the youngest member at the time. He creates a sound that has been dubbed by Rock.it

as “elegant, minimalistic and fluid.” Also in an interview that had been featured in the italian Journal “Il Fatto Quotidiano”, he had been declared as a “promising new producer of the Italian scene.” Currently nsiries is working on a collaboration with the Thai singer Cloudy Mars, on their Album “AWARE” that strives to present the fragility of emotions within spaces of time. The literal meaning of the word AWARE derives from a Japanese term, “the bittersweet feeling you have when you are experiencing a time of extraordinary beauty.” This is what they together try to produce for the world to experience through audible art. Feel free to contact me on Instagram ❤️