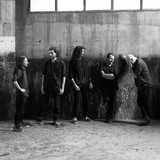 From Martin Mendez, bassist of the ubiquitous OPETH comes WHITE STONES, a solo project that rapidly became much more. Named after his birthplace in Uruguay, the record represents a return to his roots, both familial and musical- exploring the forgotten paths of his ancestors via the style of music that remains his one true love- death metal. The creative process for WHITE STONES’ debut album “Kuarahy” (pronounced Kwa-Ra-Hee) began during a year-long break OPETH took after the Sorceress tour, a means of unwinding by exploring new avenues of creativity. Initially that’s all it was ever meant to be. “I’ve always written music at home but never had the confidence to do anything like this,” says Mendez, “I never wrote a song, never presented something I wrote for Mikael (Åkerfeldt, Opeth singer/songwriter)” he continues. “I didn’t have any direction, I came up with the first song for fun. I used to sing death metal 25 years ago, and the plan was for me to sing, as I’d written it all, but when it came to it, I didn’t feel comfortable at all!” This discomfort proved the key to unlocking further inspiration. “I wanted to write music related to that- the sun on the Uruguayan flag I transformed into the WHITE STONES logo; there are a lot of small things that connect the record to that place. “Kuarahy” is the native Uruguayan people’s word for ‘Sun’.” With a progressive edge and plenty of Latin flair, Mendez’s musical lineage is evident in every note of “Kuarahy”.