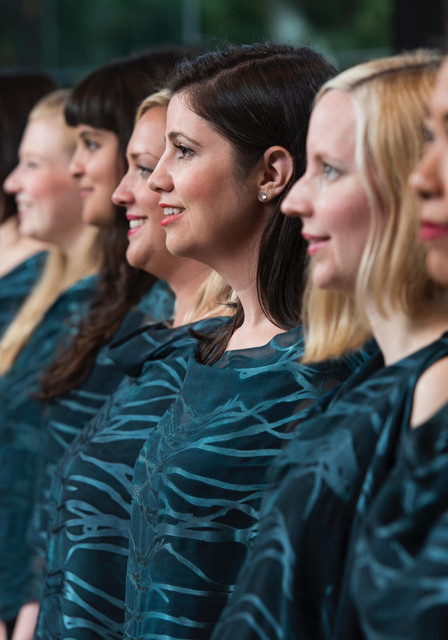 Elektra Women’s Choir from Vancouver, Canada has been a leader among women’s choirs since 1987. Under the direction of Artistic Director, Morna Edmundson, the choir is known for its adventurous programming and performance excellence. Elektra delivers its mandate through a highly-acclaimed concert series featuring outstanding guest artists. The choir is a leader in repertoire development, performing worthy music from the past and new works. In its first three decades, Elektra has commissioned and premiered over 90 compositions and arrangements. The choir’s recordings extend the reach of its repertoire internationally on a multitude of digital platforms, and its extensive YouTube channel (www.bit.ly/ElektraYouTube) further promotes the choir’s repertoire discoveries. Elektra has released 15 CDs and its website offers a permanent repertoire resource for other choirs. Its celebrated outreach programs encourage, train, and mentor the next generation of youth and adults: singers, conductors, and composers. A multiple national prize-winning ensemble, Elektra has been honoured to perform at major conferences of choral professionals worldwide.