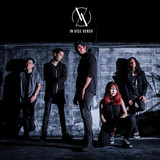 IN VICE VERSA is a 5 piece metalcore/post-hardcore band originating in Bangkok, Thailand. Shortly after forming, Michael Lawler from the USA became the new frontman. IVV has released 1 EP album, as well as 2 singles following the EP release. IVV has played in 4 different countries, and played many shows locally in Bangkok. Justin Ang from Malaysia, was added to the band's roster in late 2017 becoming the band's second guitarist. A new full length album is planned to be released later this year. In Vice Versa's diverse line-up consisting of a female drummer (Muki) and an American singer has drawn a lot of attention to the band in it's early stages. IVV band members have done over 150 covers on YouTube, bringing in many new listeners from all around the world.