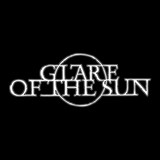 Glare Of The Sun

Featuring Glare Of The Sun

Drown yourself into the deep sea of wide and heavenly guitars. Dreamy, shoe-gazy, epic. Unexpected, unprepared, merciless. GLARE OF THE SUN are beautiful and brutal at the same time. Promising and melancholic, tumbeling at the edge of senses, between falling and rising, light and dark, night and day. In July 2016 GLARE OF THE SUN booked the Vato Loco Studios of Martin Schirenc (Pungent Stench) to create their first Album „SOIL“, which was released via LIFEFORCE RECORDS in 2017. Dan Swanö (Edge of Sanity, Bloodbath) and his Unisound Studio Sweden was responsible for the mastering. In summer 2018 the same producer team (Martin Schirenc and Dan Swanö) was booked to record the second album of GLARE OF THE SUN: "THEIA" Stay tuned!