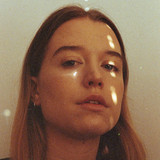 Kathleen Frances is an artist hailing from Bristol. Inspired by the underground tones and iconic musical culture of her home town, Kathleen's music is as powerful and commanding as it is introspective, driven by her wonderfully deep and emotive vocal. Influenced by a range of artists including James Blake, Joni Mitchell, Radiohead, Celeste, London Grammar and Charlotte Day Wilson, she has honed her songwriting and production for a number of years culminating in the self-release of her debut single, Define, which she recorded and self-produced. Since then she has gained the attention of BBC Radio 1 presenter Phil Taggart who featured her track on the Chillest show. She has also been named a Fresh Fave by Tom Robinson’s Fresh on the Net blog and is a finalist for Glastonbury emerging artist 2020. As she continues to gain traction as an artist, Kathleen is gearing up for the release of new music she has delicately crafted over the past year.