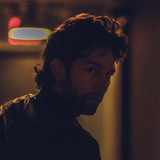 Born in the Bronx, raised in New York City. Jonas Young-Borra (Young-Borra) is today’s answer to yesterday’s pop-star. He writes, sings, programs and plays original material. He believes in quality over quantity in a world that is flooded with the latter. He listens more than he speaks and speaks more when he needs to. He is well-informed and he is a much needed character in a character business. Drawing from the bands that he discovered throughout his formative years, Jonas writes with an ode to the songwriting of the past while delivering production that is sonically on par with anything current.

Knowledgeable of multiple sounds and styles with lifelong musical training (his father, a jazz musician and mother, a broadway actress/singer), Jonas knows that nothing replaces a quality hook regardless of the genre. As an event curator, DJ, doorman and promoter in some of New York’s best clubs, Jonas writes about what he knows: nightlife, heartbreak, striving for love and success, relationships, sex, parties, breakups, makeups and living under the bright lights of the big city.