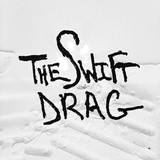 The Swift Drag are a southern-psychedelic rock duo hailing from Austin, Texas featuring Will Evans (vocals/guitar) and David Jobe (drums).   As a guitar and drums based band, they are easily categorized alongside famous duo trail blazers The White Stripes and The Black Keys. Though these well known blues rock duos are an inspiration, the band ultimately takes their musical influences from 60’s-70’s psychedelic rock, blues greats, and 90’s grunge rock.   The band's sound hinges on Evans’ moody vocals that are interwoven between heavy hitting drums and earsplitting guitar riffs complimented by moments of melodic release.   Their debut digital release, We Won’t Need That - EP (July 2017), features a total of five songs; four of which were tracked live in a single eight hour studio session at Century Recordings in Dripping Springs, Texas. Later, a fifth song was recorded in the band’s own rehearsal space and added to the EP. In 2019 the band went back into the studio to work on their first new recording since 2017 with producer Paul Stautinger of March And Beauty. They are currently workin with producer Sebastian Cure in preparation to release a follow-up EP along with their first single, "The Designer", due out in February 2020 via a limited edition 7” split vinyl released by Secret Soup Records in Austin, Texas.