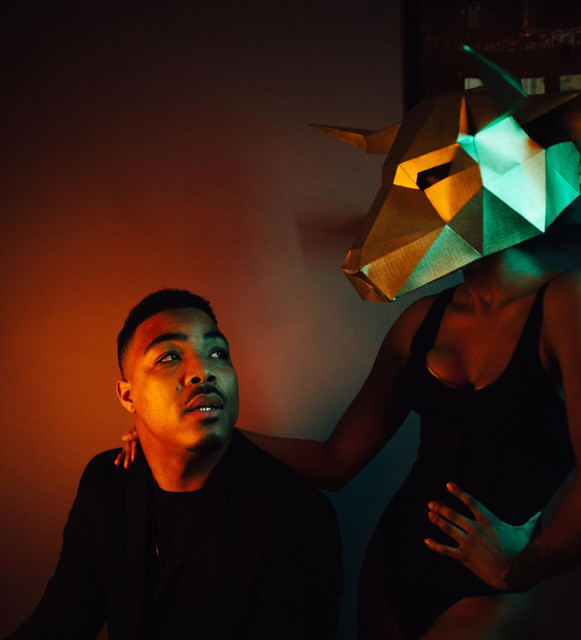 Singer, Songwriter, Producer, Electro Soul pioneer – Marcus Alan Ward is on a musical quest to impress himself.   With an electrically charged live show and a handful of releases ranging from Psychedelic Pop, Funk, RnB, Disco and beyond, his work has been featured in publications including The Fader, Pitchfork, Pigeons & Planes, Spin and many more. Mishka NYC blog writes, “There’s a connection between Ward and the sheer scope of the universe that we may never understand, but if you listen long enough it starts to make sense.”   The self-taught multi-instrumentalist and Cleveland, Ohio native released a pair of EP’s under the “Freeze-Tag” moniker (2012’s WLDFLWR_HNY and 2013’s Eskimo) and followed up with his debut full length album Last Night I Grew Tentacles – an Electronic/Alt Rock/Soul concept album rooted in science fiction, space exploration, and quantum physics, created by a curious young black male. Dropping his previous moniker, the record was released via Long Division Recordings in August of 2014 under his own name. Ward says of the name change, “It really draws distinction to the fact that I’m a one-man composer and that it’s just me; it’s more honest.”   Drawing from an imagination as expansive as the universe itself, the only child continues to create a portal into musical golden eras of the past while bravely forging ahead into the future.