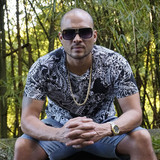 What does it mean to conquer? For Conkarah, his namesake symbolizes a relentless pursuit of dreams, and his story is one of passion and unbridled determination. Born Nicholas Murray, Conkarah’s love for music started as a child in Kingston, Jamaica – singing his favorite songs to his mother – from Bob Marley + Gregory Isaacs to Boys II Men, Red Hot Chili Peppers + Backstreet Boys. Back then, his musical interests came second to sports, as Conkarah, son to a famed member of Jamaica’s national soccer team, spent most of his time on the field. It wasn’t until a career-ending injury led him to reevaluate his purpose and reconnect with the melodies that so deeply moved him. Music became therapy; it was a path forward. Between penning and recording his own music, Conkarah put together soulful covers of his favorite records.

With a growing following, he embarked on 2 global tours. As an independent artist fueled by a desire to touch crowds, his vision became his reality, staying with locals during his travels and immersing himself in the cultures of fans. Love, joy, uncertainty, hope, adversity – every emotion became part of Conkarah as a person, and all of it was channeled into his music. While traveling in Colombia, Conkarah wrote “Banana” feat. reggae-legend Shaggy. Later remixed by DJ FLe the track received global acclaim. Now, things have come full circle for Conkarah – the kid from Kingston has become the artist that people from across the globe now sing along to.