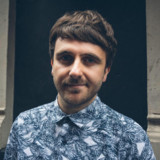 A Manchester (UK) based singer/songwriter. Music from the heart. Read more at: corujajones.com   Coruja Jones is a songwriting project from Manchester (UK) based musician and songwriter Dan Jones. Born in Dudley, in the West Midlands (England), he moved north to study music in Salford in 2016 and became part of Manchester’s eclectic musical landscape.   ‘The Crossing’ is his first short album to be released under the moniker Coruja Jones, made up of a collection of songs based around the experiences leading up to and following the death of his father in 2016.   Working with Manchester based producer and long-term friend Justin Shearn, along with other local musicians, The Crossing is a culmination of 3 years of exploring life, death and everything in between; with many hours crafting the right sound and space for the songs to live in.   “A great track! Deft and assured” [The Crossing]   – Tom Robinson, BBC6 Music   “The Crossing is a delicate but warm sounding track, with piano, guitars, double bass and understated drums all complementing Manchester singer / songwriter Coruja Jones’s tender vocals beautifully. It sounds especially good on this dark November day, wrapping itself around you like a cosy blanket.”   – Steve Harris, Fresh On The Net [https://freshonthenet.co.uk/2019/11/faves345/]   “Like Tom Waits singing nursery rhymes”   – Wayne, Picnic Area.